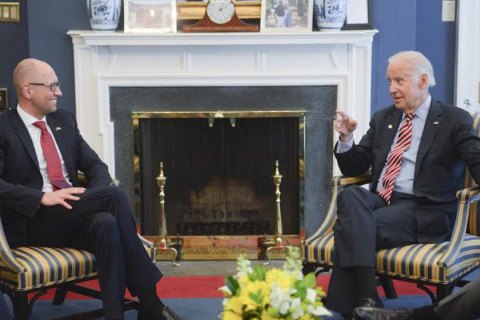 The US is ready to provide Ukraine with technical and financial assistance for judicial reform, the leader of the political party People's Front Arseniy Yatsenyuk said in Washington on 29 June.

"After the parliament demonstrated unity and voted to change the Constitution in favour of a new judicial system, we need new courts and new judges," he stressed after a meeting with Vice-President of the United States Joseph Biden in Washington.

"The US administration confirmed interest to provide both technical and financial assistance for the reform of the Ukrainian judicial system. New judges and new judicial system must protects the interests of Ukrainians," said the former prime minister.