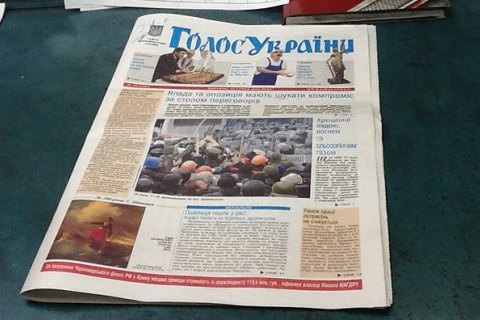 The official newspaper of the Verkhovna Rada Voice of Ukraine published on 30 June a law amending the Ukrainian Constitution in the part of judiciary.

strip the president of the powers to establish courts;

consolidation of the powers of the parliament on the creation, liquidation and reorganization of the courts;

strip the parliament of the powers to appoint judges indefinitely and give consent for their arrest and detention and the transfer of this powers to the HCJ;

strip the president, the parliament and the Congress of Judges of the right to dismiss judges of the Constitutional Court judges – a judge can be dismissed only by a decision of at least two thirds of the CC.

The law increases the minimum age for employment of judges from 25 to 30 years and at the same time introduces a system of competitive selection for the appointment of judges.

The law raises the term of office of the prosecutor-general from 5 to 6 years, but prohibits to hold the office for two consecutive terms.

The amendments also provide for the introduction of the institute of constitutional complaint (pertaining to possible contradiction to the Constitution of a law applied in a final judgment, when all other domestic remedies are exhausted), and the permission to the CC to determine the constitutionality of popular initiatives proposed for the submission to the All-Ukrainian referendum (on the submission by the president or by at least 45 members of parliament).

All of these changes will come into force three months from the day after publication of the law.

In addition, the Constitution lays down the possibility of recognizing by Ukraine of jurisdiction of the International Criminal Court (The Hague). This provision will become effective three years from the day of the publication of the law.

This is the sixth amendment of the Constitution of Ukraine, which was adopted in 1996.

In 2004, amendments were made as a result of the constitutional reform, which weakened the power of the president.

In 2010, the Constitutional Court overturned this reform and restored the 1996 Constitution.

In 2011, amendments were made to the Constitution to extend the term of office of the Verkhovna Rada and local councils from 4 to 5 years.

In 2013, the Constitution was amended to expand the powers of the Accounting Chamber for the control over the proceeds to the state budget, that were cancelled by the constitutional reform of 2010.

In early 2014, the Verkhovna Rada voted for a return to the Constitution of Ukraine to the 2004 edition.