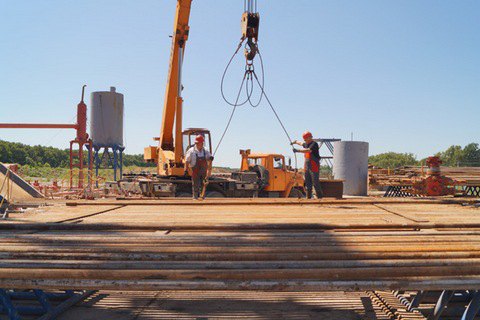 Kyiv's Pechersk District Court announced on 12 July about the arrest of another 14 wells by a company that is part of the gas extracting holding Burisma.

Paris is one of the four companies in Burisma, owned by former Minister of Ecology and Natural Resources Mykola Zlochevskyy.

Earlier, the court arrested 20 wells by Esko-Pivnich and 12 wells by First Ukrainian Petroleum Company (both owned by Burisma).

Thus, the number of arrested wells by Burisma group of companies is at 46 units.

The arrests were a part of the pre-trial investigation by the Prosecutor General regarding the suspected misappropriation of funds by the officials of Ukrgasdobycha, a state-owned company, in 2010-2014 within joint venture agreements, as well as on suspicion of tax evasion by Burisma group.

Esko-Pivnich, founded by the UK company Burisma, is suspected of major tax evasion, Prosecutor General Yuriy Lutsenko has stated, adding that the size of the tax dodge might have costed the state 1 billion hryvnya.

Lutsenko said that other Burisma shareholders have not been involved in the fraud. Among Burisma CEOs, in particular, were the son of US Vice-President Hunter Biden and former President of Poland Aleksander Kwasniewski.

Mykola Zlochevskiy served as Ukraine's minister of the environment from July 2010 to April 2012 in the government of Mykola Azarov. In early 2015, Zlochevskiy was put on the wanted list on suspicion of illicit enrichment.