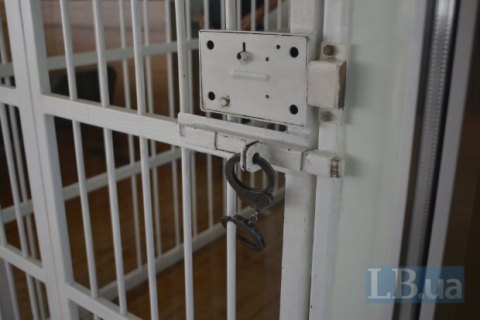 The detectives of the National Anti-Corruption Bureau of Ukraine on 12 July has detained the former director of the State Enterprise Ukrainian environmental investments Oleksiy Koval.

The anti-corruption agency said in a statement that Koval is charged of an attempted embezzlement of more than 480mn hryvnya allocated to Ukraine under the Kyoto Protocol.

Charges in the case had been brought against four individuals, three of whom have been arrested.

Within the probe, launched in January has arrested the secretary of the procurement committee at the state-owned company Ukrainian Environmental Investments. The second suspect, who is considered the mastermind behind the group of fictitious enterprises, created for the withdrawal of embezzled funds, was reportedly arrested in June.

Ukrainian Environmental Investment (managed by the Ministry of Environment) planned to spend almost a billion hryvnia for the replacement of traditional incandescent bulbs on streets and at schools by energy saving bulbs. The project was planned to be funded out of the funds provided to Ukraine under the Kyoto Protocol.

The procurement contest worth 480mn hryvnia was awarded to the intermediary company Agrotehbud, despite much cheaper offers from other companies that have participated in the tender. The investigation that followed found out that Agrotehbud was in fact a fictitious enterprise. The then acting Minister of Ecology Serhiy Kurykin stepped down amid the investigation in January this year.