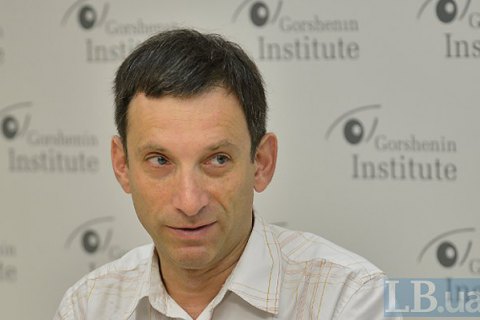 He said this at a roundtable in Gorshenin Institute "Ukrainian-Polish relations: a strategic partnership or a tangle of contradictions."

"Genocide is the so-called final solution that is aimed at the extermination of an ethnic group. Like what the National Socialist Workers Party of Germany did against the Jewish people. No Ukrainian nationalist would be willing to destroy the Polish ethnic group as a whole," said Portnikov.

He believes that such resolutions by the ruling party of Poland are dangerously playing into the hand of Russia.

"The leadership of the party Law and Justice are well aware that they are competing for the voter with the forces that are in fact supported by Russia. That other political forces that torpedo this problem, are enjoying the support of Russia said Portnikov.

"The desire to lead this process is the last attempt of these political forces to wrest the initiative from the parties who are ready to work with the Kremlin."

Portnikov stressed that it is very important for Ukraine to develop cooperation with Poland.

"Because the right wing themselves do not realize that the Poland of Jaroslaw Kaczynski will turn into a Hungary of Viktor Orban, and Russia won't have a more friendly and important neighbour in Europe. Ukraine will end up surrounded by countries associated with the Russian Federation. In addition to Belarus and Hungary, will have Poland and Slovakia," Portnikov warned, adding that the probability of such scenario is high enough.

"Polish-Ukrainian history is so drenched with the blood that the choice boils down to applying either the concept of Jozef Pilsudski, who favoured the coexistence of the two nations, or the concept of Roman Dmowski, who has said that the very existence of a territorially large Ukraine is a threat to both Poland and Russia," he said.