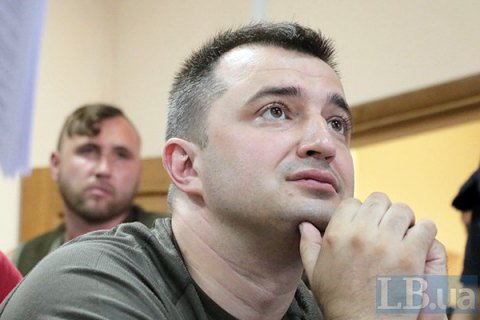 The Kyiv Court of Appeal reinstated on July 13 the prosecutor of ATO forces Kostyantyn Kulyk, who is charged of illicit enrichment.

On July 4, Solomenskiy district court of Kyiv at the request of the National Anti-Corruption Bureau suspended Kulyk from office for two months.

The National Anti-Corruption Bureau (NABU) charged Kulyk of illicit enrichment. He was released by court on his personal recognisance.

Kulyk is incriminated of buying expensive real estate that was far beyond his official income. In addition, the NABU has stated that Kulyk failed to indicate Toyota Land Cruiser 100 in his 2013 income statement. He started driving the car in 2010 on the basis of a power of attorney issued by Volodymyr Zhilin, the father of one of the leaders of the terrorist organization Oplot Yevhen Zhylin.