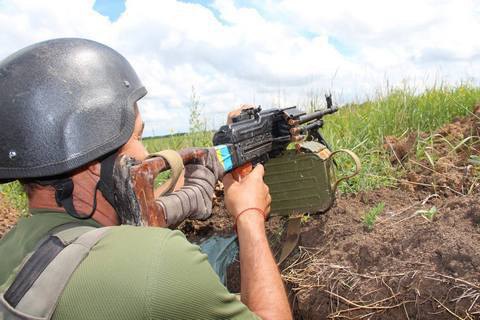 The positions of Ukrainian armed forces in the Anti-Terrorist Operation (ATO) zone were reportedly shelled over 20 times last day.

"In the Mariupol direction, it has been unquiet near Krasnohorivka as 122mm artillery, 120mm and 82mm mortars shelled the positions of Ukrainian forces and later armored vehicles engaged," the press service said.

The enemy shelled Shyrokyne from grenade launchers, while snipers activated near Maryinka.

In the Luhansk sector, Stanytsia Luhanska and Krymske came under the fire of Russia-backed terrorists.