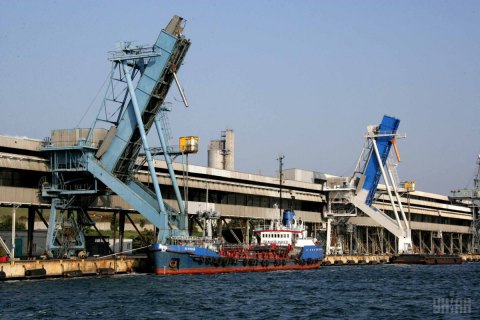 The State Property Fund of Ukraine (SPFU) has announced that a tender to sell 99.6 per cent of shares of Odesa Portside Chemical Plant failed due to the lack of interest, according to UNIAN.

"The deadline for submitting bids for the tender to sell Odesa Portside Plant has expired today, 18 July. No bids had been provided by 18:00 Kyiv time. The SPFU will have to recognize the tender as invalid due to the lack of bids," the SPFU's press service said.

The regulator says that causes behind the lack of investors' interest in the tender, which was scheduled for 26 July, include the plant's debt worth 193m hryvnyas owed to Ukrainian businessman Dmytro Firtash's Ostchem, limitations on the withdrawal of dividends from Ukraine, and the absence of tax privileges and benefits for the buyer amid general risks of Ukraine's economy.

Another reason why investors are not interested in the chemical producer is the high starting price set at 13.175bn hryvnyas, or about 520m dollars. "If we cannot handle certain problems or risks, they should be taken into account and incorporated in the sale and purchase agreement. I think it should be done together with an ad hoc privatization group along with the involvement of advisors who worked to prepare the plant for privatization," the SPFU's press service quoted Fund head Ihor Bilous as saying. In his words, proposals to be prepared by the ad hoc group shall be submitted to the Ukrainian Cabinet of Ministers soon. "I hope that a decision on a repeat tender to sell Odesa Port-Side Plant will be taken soon," he said.

As UNIAN reported in mid-May 2016, the Ukrainian government approved terms of privatization of a 99.6-per-cent stake in one of Ukraine's largest chemical producers, Odesa Portside Chemical Plant, with a starting offer of 13.175bn hryvnyas. The contest was scheduled for 26 July 2016. Norway's Yara Norge, IBE Trade Corp., Koch Fertilizer, LLC, CF Industries Holdings, Inc. (all three are based in the United States), and Poland's Ciech S.A. were named among potential buyers of Odesa Port-Side Chemical Plant.

Odesa Portside Plant, which is located in the town of Yuzhnyy in Odesa region, is Ukraine's second largest ammonia and carbamide producer, and the third largest manufacturer of nitrogen fertilizers. The company also handles shipments of chemical products arriving from CIS countries, as well as exports. The company holds a monopoly in the national market of specialized services for acceptance, cooling and transshipment of ammonia.