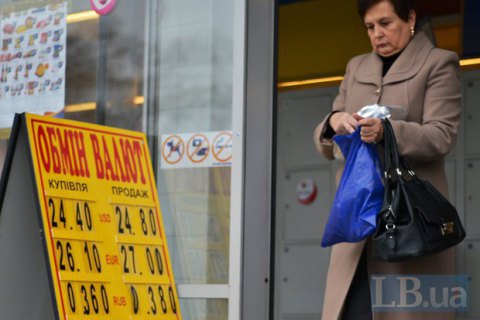 The National Bank of Ukraine (NBU) has lifted the requirement to exchange points to photocopy the IDs of people buying foreign cash, if the sum in question does not exceed 150,000 hryvnyas, or about 6,000 dollars.

The NBU also increased the limit on the purchase of foreign cash by Ukrainians to an equivalent of 12,000 hryvnyas, which means the copy of a passport is hardly required at all.

IDs have not been required for the sale of foreign cash to banks since 2014.

The NBU expects the new regulations to allow banks and financial institutions to cut the cost of exchange operations and make them faster for clients.

The NBU has been gradually softening its foreign exchange policy since August 2015. Within its framework, exporters will be obliged to sell 65 per cent of their foreign currency returns, which is 10 per cent less than before.