In late March, the National Bank of Ukraine (NBU) reported a change of the industrial production index which had had a positive showing for the first time in over 20 months. In February 2016, the index was 3 per cent up on the same month of 2015.

The low benchmark and the odd year which gave 2016 an extra working day were partly to "blame". However these statistical and calendar effects are not the only reasons for the growth. The NBU said in its statement that it was also thanks to industrial production (7.6 per cent up year-on-year), resumed transit of Ukrainian goods across Russia, broader opportunities for exporters, good weather conditions for resuming construction and so on.

Industrial production index is an indicator of the situation in the entire Ukrainian economy. It reflects reports from agriculture, manufacturing, construction, trade and transport.

Olena Bilan, chief economist at Dragon Capital, said that the Ukrainian economy hit the bottom back in 2Q 2015. Since then the macroeconomic indicators have been going from strength to strength.

"Over the crisis period, the real GDP has shrank by 18 per cent, partly due to the loss of territories in the east. Since mid-2015, the economy has been making its way out of the crisis. This happened thanks to the stabilization of the exchange rate and the de-escalation of the conflict in the east. Quarterly reports show the situation has been gradually improving in many sectors since mid-2015, including agriculture, processing, construction and transport, which contributed to the quarterly growth of the real GDP by 1.1 per cent and 1.4 per cent (disregarding seasonal factors) in 3Q and 4Q 2015 respectively," she said. 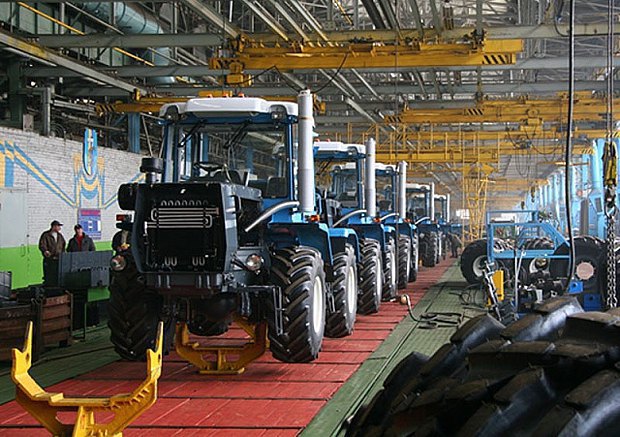 The same trends were also observed in early 2016. What is more, Olena Bilan adds, Ukrainian metal producers accelerated their output amid growing world prices of steal and enlivened demand for their products.

Changes can also be seen at the level of individual companies. Although often these are just subjective sensations, they attest to bisuness sentiments.

Mykhaylo Vlasenko, board chairman of Idea Bank Ukraine, says lending to individuals has perked up, the number of banks offering micro credits to small and medium businesses is also increasing. Thus saying "banks do not issue loans" is already wrong, they do, albeit bit by bit.

"As a rule, everything starts with small-sized loans and gradual expansion of segments. This is a distinctive trend of the first quarter," Vlasenko says.

The loan applicant's profile has also changed for the better compared with the pre-crisis period, the bank's governor adds. Clients now feel more responsible when applying for loans, carefully weighing their capacity to pay them off.

Serhiy Marchenko, development director of the employment website Work.ua, also says that the number of available vacancies has been increasing since 2Q 2015 (when the crisis got over its peak, as we remember). In April 2016, the website offered 65,105 jobs, which is 71 per cent more than in April 2015.

"In Kyiv, which traditionally offers the biggest selection of jobs, the growth has been slower than the average across the country, making 61 per cent. However, in other big regions such as Odesa and Kharkiv, it was 74 per cent. The leaders were Luhansk and Lviv regions. Employers have become 98 per cent and 101 per cent more active respectively," Sergey Marchenko says. 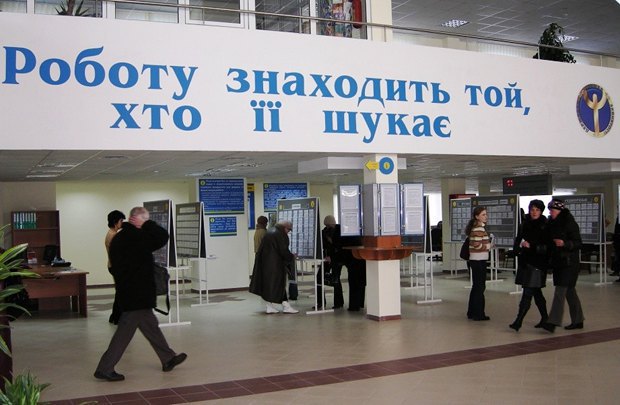 Online business is very sensitive to any change. Imena.ua, the registrar of domain names, noticed the growth in the number of websites registered in the national zone .ua in February and March 2016 for the first time in two years.

Things look even better as far as e-commerce is concerned. In 1Q 2016, Nova Poshta delivered 5m goods for online shoppers. It is 74 per cent more than in 1Q 2015, according to Maksym Rabynovych, the postal company's development director. Ukrainians' online purchases usually include electronics, clothes, cosmetics and perfumes.

Do not get excited too soon

Ivan Kompan, a teacher at the Kiev School of Economics, believes the talk of the economic growth to be "a little too soon".

"The lack of reform resulted in the absence of direct foreign investment, capital markets in the West are closed, small and businesses are not developing. It is impossible to secure sustainable economic growth without them. The country is still fully dependent on fluctuations in prices for ore and grain. This is bad!" Kompan opines.

Dragon Capital's Olena Bilan shares his reservations to some extent. Although in 4Q 2015 investments grew by 5.9 per cent quarter-on-quarter for the first time in two years, it is clearly not enough to compensate a 37-per-cent fall in investments since the end of 2013.

"It is thanks to investments that the economy can reach a trajectory of sustainable growth… In the meantime, the investment climate remains unfavourable," Bilan says.

That is why economists forecast a very modest GDP growth (considering the low nechmark and improvements in foreign markets) of 1-2 per cent in 2016. And this means there is not enough money to support the existing infrastructure and social sector, says Makar Pasenyuk, managing director of the ICU investment company. In his words, Ukraine needs to grow at the pace of at least 7-10 per cent, which is unrealistic without investments and growing export.