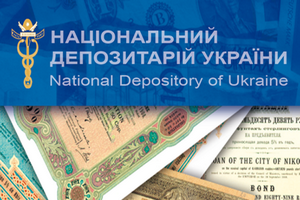 "The Contest Commission has elected Lithuanian Mindaugas Bakas as the main candidate for the Depository CEO. Now we will be waiting for his agreement to head the Ukrainian National Depository and I hope the stakeholders will support his candidacy," Sulzhyk said.

In total, 30 candidates have participated in the contest, and eight of them come from European countries.

Since January 2012, Bakas has been heading the Central Securities Depository of Lithuania. Before that he was the Head of the Market Development Department at Nasdaq OMX Vilnius Stock Exchange. From 2001 to 2007, Bakas worked in Swedbank as a project manager and then as the chairperson of the Custody Unit. In 1997-2001, he headed the Custody Client Relations Unit in the Lithuanian SEB banks.

Bakas’s approval is to take place at the meeting of the Supervisory Board on 21 March.

Since April 2014 the post of the CEO of the Ukrainian National Depository has been held by Henadiy Zhurov.