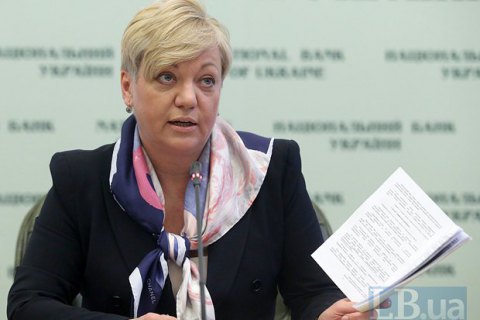 Individiuals' deposits grew by 22.7bn hryvnyas in the second half of 2015. The same tendency is being observed in 2016.

Third, the NBU sees sufficient exchange liquidity in commercial banks, as confirmed by their demand for government domestic loan bonds issued by the Finance Ministry. Since the beginning of the year, the state has sold bonds worth 917m dollars.

"Thus, we remain consistent in our intention to liberalize the exchange regulations. We took this path in the autumn after the state loan had been restructured; now we are further softening the restrictions as appropriate conditions are in place. This is a stable situation in the banking sector," she said.

At the same time, the NBU decided to keep the current 22-per-cent discount rate without changing its monetary policy. Exporters will still be required to sell 75 per cent of foreign currency proceeds for another three months.