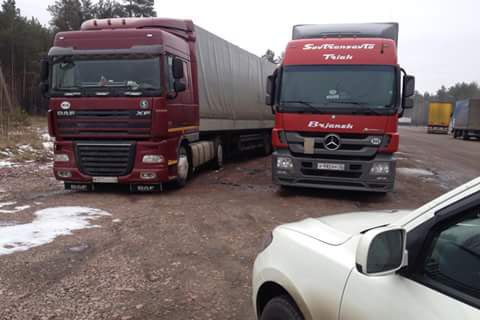 As of 25 February, Ukraine and Russia are lifting restrictions on the transit of freight vehicles, Ukrainian Infrastructure Minister Andriy Pyvovarskyy has said at a government meeting.

He recalled that after Ukraine had launched a blockade of Russian lorries, the Russian Transport Ministry decided to limit the movement of freight vehicles registered in Ukraine. Ukraine had to respond by blocking Russian transit.

"Last week we were in active talks with public activists, explaining them that transit has no borders […] If a lorry with a Russian numberplate is moving in Ukraine, it does not mean that it has a Russian driver, or that it is carrying Russian goods, or that it is owned by a Russian national," he said.

He said tens of thousands of Ukrainians are in shipment business, including for Russian companies. Today they were in fact deprived of a chance to earn money.

He recalled that on 18 February, Poland and Russia agreed on transit cooperation and, should Ukraine keep its restrictions in place, the transit corridors would move north to Belarus, taking away the money involved.

He asked the Interior Ministry to ensure the safety of transit lorries, including those with Russian numberplates.