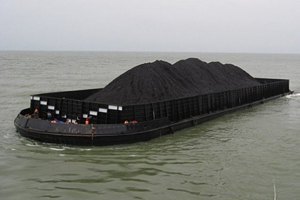 "We are not planning to buy from the Republic of South Africa during this heating season," he told journalists.

The FYLA dry cargo ship docked for unloading at the Pivdennyy port on Sunday evening. It brought 79,000 tonnes of steam coal from the RSA for the Trypillya cogeneration plant. It was the second batch of South African coal. The first batch of 168,000 tonnes was brought by the Bulk China ship on 5 December 2015.

Since the pro-Russian militants seized anthracite mines in Donbas, Ukraine lacks coal used at cogeneration plants during heating seasons. To solve this problem, Ukraine buys anthracite from the RSA. It was initially planned to buy 250,000 tonnes of coal, however later Energy Minister Volodymyr Demchyshyn said that after the first two batches the decision on further supplies would be taken based on the situation.

The deliveries are subject to the contract between Tsentrenerho and Mercuria Energy Trading SA, a Swiss-based international trader, signed in September 2015.