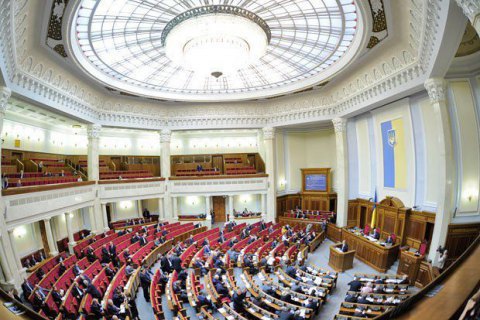 On 16 February, the Ukrainian parliament adopted bill No 2319a-d in the second reading and as a whole to enable a large-scale privatization.

The bill bans individuals and companies from states recognized as aggressors by parliament from bidding for assets offered for privatization. It also obliges securities traders to disclose information about end customers for state corporate rights.

The bill cancelled the clause according to which 5-10 per cent of shares of the B and G group had to be sold at an exchange before the tender. The State Property Fund can invite privatization advisers at the non-budget expense.

The bill was prepared by the State Property Fund back in the summer 2015 however parliament has not considered it until now, which has slowed down the whole process of privatization, primarily big assets. In particular, the government had to suspend the sale of the Odesa Portal Plant.

In late December, President Petro Poroshenko described state-owned companies as a "powerful source of corruption" and called on parliament to speed up the privatization.

The state expects to earn 17bn hryvnyas from privatization in 2016.