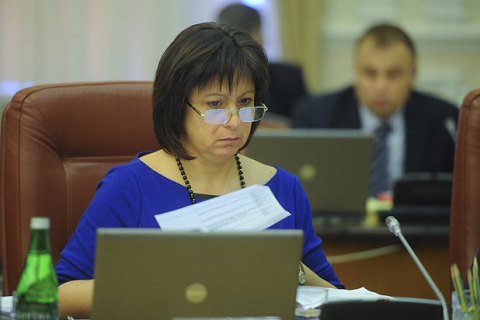 Ukraine and Japan have ratified (in the exchange of notes way) the credit agreement on the second loan for the policy of development totalling 300m dollars, Finance Minister Natalie Jaresko said at the briefing on Friday.

She added that the overall assistance to Ukraine from Japan comprises 1.8bn dollars for today.

"His Excellency Shigeki Sumi, Ambassador of Japan and Iare pleased to inform that Ukraine and Japan have ratified the credit agreement, which will allow to attract a long-term soft loan from Japan totaling 300m dollars. Ukraine has had many month long debates whether we are conducting reforms or not. The finance assistance to Ukraine from third parties, including Japan, - is a clear answer to this question. Governments of third countries would not support our country but for the reforms," Jaresko announced.

According to her, this credit required fulfillment of 10 structural reforms, including those as to the elimination of tax evasion opportunities and the fight against tax holes (electronic VAT administration and strengthening of transfer pricing control); creation of effective control mechanisms not only of the budget profits but expenses as well (increased powers for the Accounting Chamber of Ukraine); reformation of the gas market (sharing of "Naftogaz" functions).

"We have carried out all these reforms. These are true reforms. This may be not what people would like to hear, but these steps are incredibly important to restore the Ukrainian economy and have not been carried out for 23 years. Our government has conducted them within 15 months," Jaresko emphasized.

The credit payment period is 20 years, first six years are a soft period, when Ukraine will not have to serve the loan. The interest rate is LIBOR+0,5 per cent.

The agreement will come into force in the end of March, and in April, the money is to go into the general fund of the state budget in one tranche.