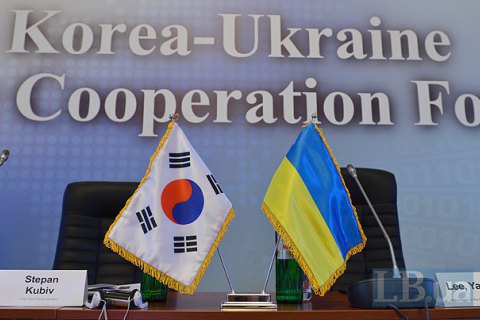 On 14 June, the Diplomatic Academy of Ukraine hosted the 2016 Korea-Ukraine Economic Cooperation Forum.

Among the participants of the event were the ambassador of the Republic of Korea to Ukraine, Lee Yang-goo, Ukraine's First Deputy Prime Minister Stepan Kubiv, representatives of Ukrainian and Korean ministries, government institutions, corporations, and leading experts.

The event was co-organized by the embassy of the Republic of Korea in Ukraine, Gorshenin Institute and Ernst & Young.

LB.ua is offering you a video report on the forum:

During the forum, the ambassador of the Republic of Korea to Ukraine, Lee Yang-goo, suggested that Ukraine and Korea set up a partnership platform.

"At the government level, this could be a master plan for cooperation which would include an action plan and a roadmap. Second, we need an implementation mechanism. Third, we also need a platform for financial partnership," he said.

As far as the level of private business is concerned, these could be forums, a friendship association and an analytical centre, he added.

MP Serhiy Taruta said that Ukraine and the Republic of Korea should become strategic partners.