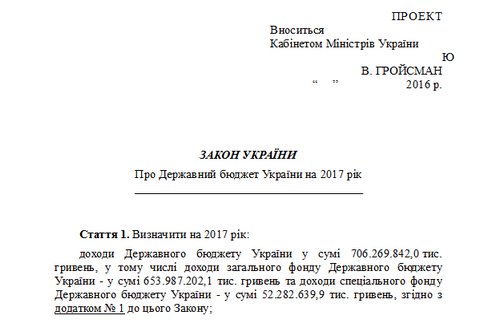 The text of the draft national budget for the next year has been published on the website of the Ukrainian parliament.

Corresponding bill No 5000 was registered with parliament on 15 September, but its text was not available until Monday, 19 September.

The budget revenues for 2016 were set at the level of 601.9bn hryvnyas and expenditures at 674.5bn hryvnyas.