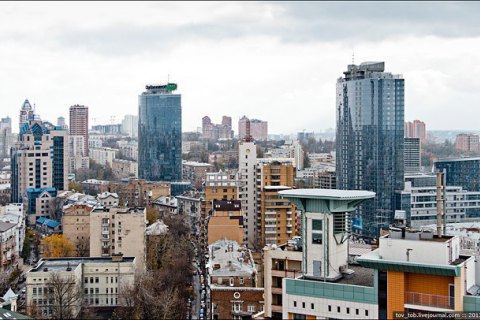 The controversial Ukrainian businessman Dmytro Firtash is reportedly selling a majority stake in the business center Parus (Sail), located in the downtown Kyiv, the edition Novoye Vremia reported with a reference to few market participants.

Borys Krasnyanskyy, who manages the assets Firtash's Group DF, confirmed the information, but declined to comment.

The name of the buyer is unknown, but the market is inclined to believe that this will be a local businessman.

As of 2013, according to the portal Nashі groshі, Parus was owned in equal parts by Firtash's Advanced Technologies Plus (through Cyprus-based Bovalon Investment) and Vagif Aliyev's Mandarin Plaza. However, according to NV, Aliyev's stake has recently reduced to negligible.

Parus is a 33-storey 75 thousand sq. m. building, which was built in 2007. The investments in construction amounted to around 500m hryvnya. Firtash has acquired a majority stake from Aliev before Partus was put into operation.

Dmytro Firtash is now living in Austria pending a decision on his extradition to the United States.