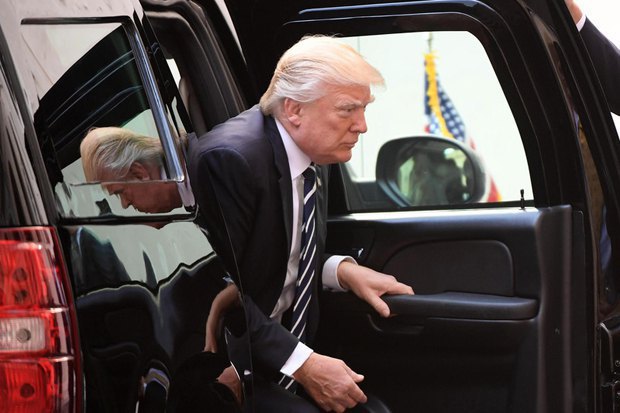 Photo: EPA/UPG
We’ve passed the first hundred days, the president has returned from his first foreign trip, and now we have an idea of what the Trump administration will look like till the end of his first term, assuming he makes it that far. Many Ukrainians ask me, as an American, what they can expect from a Trump presidency. Ukrainians are very justifiably concerned about Donald Trump, largely based on his history of admiration for Putin, his isolationist rhetoric, and the Kremlin’s near constant pro-Trump tone. Now that enough time has passed, let me, as an American, tell you what Ukraine can expect from Donald Trump. The answer sounds like pesets. There is one fact about Donald Trump which is the key to understanding his actions- he has the mind of a small child. This is not a joke. This is not based on political views. This is an objective fact based on observation of his speeches, his tweets, and his so-called policy proposals. The man displays a child-like understanding of American and international politics, along with a child’s short attention span. This really isn’t debatable. 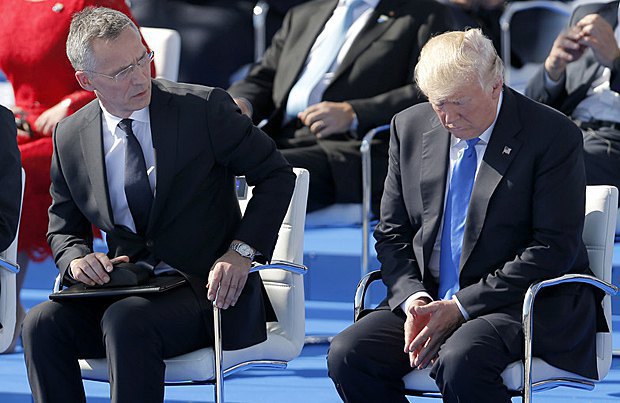 Photo: EPA/UPG
NATO Secretary-General Jens Stoltenberg and US President Donald Trump at the NATO summit in Brussels, 25 May 2017

So what does it mean? It means that Trump has no policy, whether foreign or domestic. Trump is surrounded by sycophants with their own agendas and his policy changes depending on what he’s seen on TV and what his aides happen to be telling him that day. For example, during much of the campaign, he took a pro-Assadist view in regards to Syria. Then when pressed by the media about the Syrian government’s chemical attack, he suddenly decided to launch cruise missiles at a barely-used airfield in Syria.

Some Ukrainians may believe they can breathe easily since the Trump administration has voiced commitment to maintaining sanctions until the return of Crimea and it has actually added some names and companies to the list of sanctions. This belief would be a mistake. What we see with sanctions is only the system defaulting to the status-quo because the administration is embroiled in a Russia-related scandal which grows deeper on an almost-daily basis. Trump, who still seems to hold an affinity for Vladimir Putin, probably genuinely wants to reduce sanctions or make some kind of “deal” with Russia, but he simply cannot in this political climate.

Basically, Trump is an asset to Putin not because he is a willing agent of the Kremlin or due to any sort of “kompromat,” but rather because he and his associates are incompetent and their activities generate such scandals and controversy at home that the administration cannot address major foreign policy issues even if it wanted to. 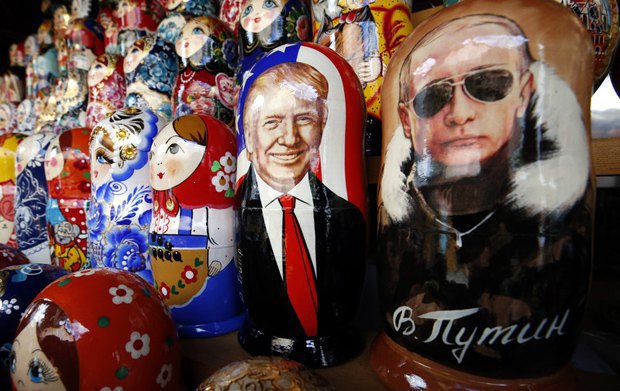 When they first interfered in the election, the Russians most likely never expected Trump to win. The idea was to intimidate Hillary. Of course those in Moscow’s circle of power are concerned about Trump’s belligerence and unpredictability, but so far Trump’s unexpected victory has been useful to Russia nonetheless. I for one am convinced that the Russian escalation in the Donbas, particularly in Avdiivka earlier this year, is due in large part to the Kremlin’s confidence that the United States would be too paralyzed politically to mount any serious response to Russian aggression in Ukraine, and indeed- not much of a response has been seen so far.

Worse still, the Trump phenomenon represents a sort of Putinification of the West, not just because he represents a worldview in which nothing is true and the very idea of objective truth is denied, but also due to his authoritarian rhetoric and the effect it has on his followers. Trump and his pundits assure their followers that America is under siege, that they are persecuted, and that there are traitors everywhere. The demonizing rhetoric dehumanizes dissidents and makes them fair game for violence, much like in Putin’s Russia. While police still arrest those who resort to violence in the US, we can’t pretend that this state might last forever. After all, none of us expected a completely incompetent reality TV start to become president. 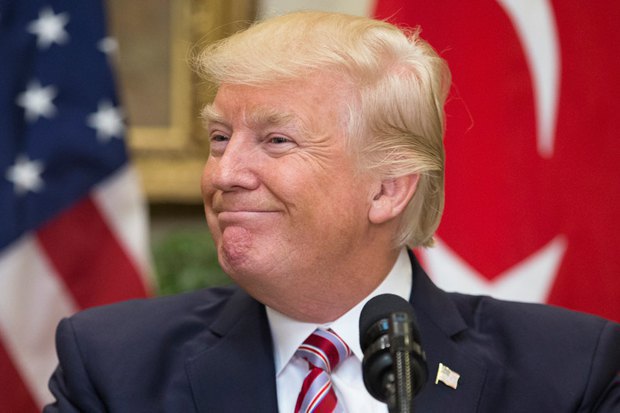 In general, the Trump phenomenon has contributed greatly to the general right-wing, reactionary phenomenon that has engulfed much of the world and, incidentally, is largely allied with Russia- itself a far-right reactionary regime. Since most of the Western far right sides with Russia, anything that advances their influence is in fact spreading potential Russian influence. Many of Trump’s most infamous far-right supporters, who routinely get mainstream media coverage in the US, are openly pro-Putin and are often connected one way or another to the Russian government.

I admit the outlook does not look good, at least on the surface.

I have long felt that I must say to Ukraine, as the Romans supposedly said to the Britons as they were leaving, “Look to your own defenses.” Trump cannot be relied upon to stop Putin’s aggression, and therefore the United States cannot be relied upon. Take whatever they offer, but do not give your trust.

This might seem very bleak, but I think it will have a positive effect on Ukraine in the long run. There is a very popular but rather delusional idea here, which says that Ukraine can just wait out Putin until his system collapses or the West suddenly comes to the rescue some point down the road. Neither scenario is realistic. But the good news is that by acknowledging the cold hard reality of the situation, Ukraine could possibly find the resolve necessary to solve its internal problems and take the offensive against Russia, the only thing that can truly assure victory and independence free of Muscovite neo-colonialism. In other words, instead of having a follower mentality, Ukraine might eventually see itself as a leader. 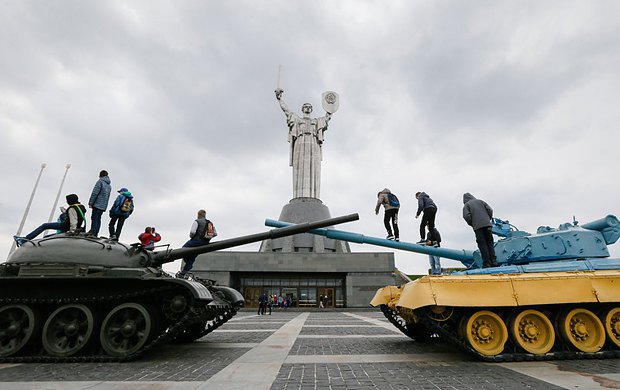 By understanding the failures of Western leaders like Trump (and to be fair, Obama as well when it comes to Ukraine), Ukraine could learn to step up and lead.