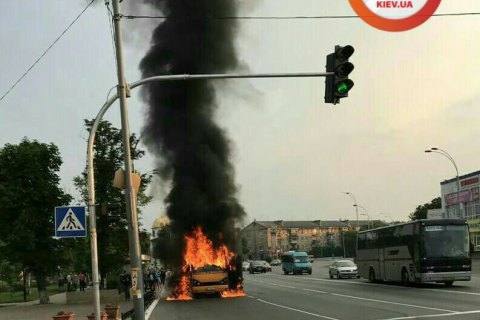 A shuttle bus in Brovary, Kyiv Region caught fire at around 7 p.m. as a result of short circuit, 112 Ukrayina TV has quoted a spokesman for the State Emergencies Service as saying.

There were around 10 passengers inside when the fire broke out. None of them was hurt.

The driver received bad burns while trying to extinguish the fire and was rushed to hospital.

Earlier this day, fire broke out at a wood warehouse in Brovary.