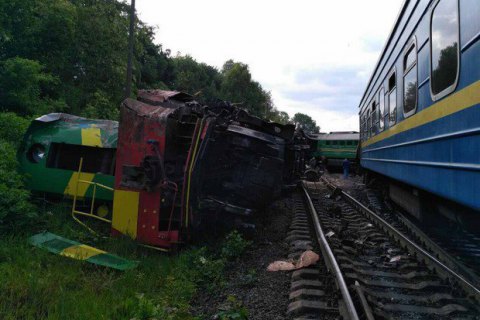 A total of 104 school children on a sightseeing tour were onboard.

According to Ukrzaliznytsya railway company chief Wojciech Balczun, the locomotive and the first car of passenger train No 139 went off the rail.

According to the State Emergencies Service, the 15-car passenger train hit the 17-car freight train with gravel.

The injured passenger were removed from the damaged car and received medical aid.

Other passengers were transported by buses to the destination point.