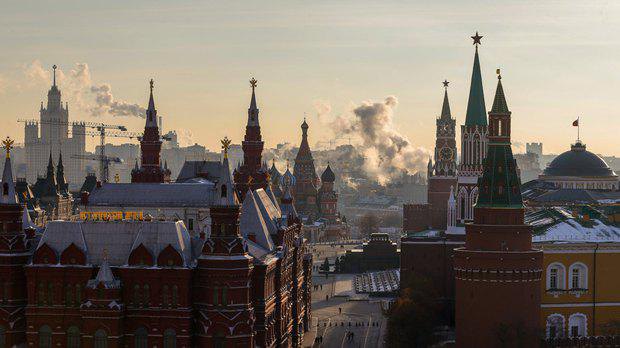 The thing is that in all the recent years, the Kremlin has been making a rather successful use of radically-minded patriotic groups and movements, especially those with pro-Soviet slant, for its purposes. The benefit of their use was apparent. On the one hand, radical elements play an important role in the militarist mobilisation of the population while the accent is being made on Vladimir Putin as the “leader” of Russia “rising from its knees”. On the other hand, notional “Girkin” may come to power after Putin, therefore it makes sense to deal with the “sensible” Russian leader.

Besides, in the country which can offer neither a specific ideology not a positive development model, the only way to flesh out the Soviet myth about a “brighter future” is by heroizing the past.

Read: Are there “independent” media in Russia and why would Putin need them

Besides, “radical patriots” are quite useful for current tactical tasks: get rid of unwanted oligarchs under the pretense of “fighting corruption”, “hijack” the anticorruption issue from the liberal opposition and direct it as the authorities see fit.

However, the process of continuous artificial mobilisation of the population around the Soviet myth has a back side, that is an artificially-born demand for a totalitarian ideology. The permanent artificial creation of extreme conditions, the neverending war, the escalation of a threat, making people believe that “Russia is encircled by enemies”, calls to tolerate further hardships in the name of fight, the merciless exploitation of historical myths, symbols and images to justify the Kremlin’s current policy - all of these inevitably result in an increase in the active part of the population sincerely looking forward to restoring the “Soviet paradise”.

At the same time, the Soviet myth, along with imperialist complexes, readiness to suffer hardships and approval of the authorities’ militarist policy, is closely connected in Russians’ minds with the idea of social justice and absolute rejection of oligarchy (which is firmly associated with the incumbent authorities). With the economic crisis in the background, it is easy to see that in parallel to “liberal” protests, an increasingly bigger part of the population, which was artificially immersed into the past, will start to demand “true Socialism”: with guaranteed jobs, absence of crimes, free education and healthcare and so on. Essentially, the demands for something the Russian authorities cannot give their voters. 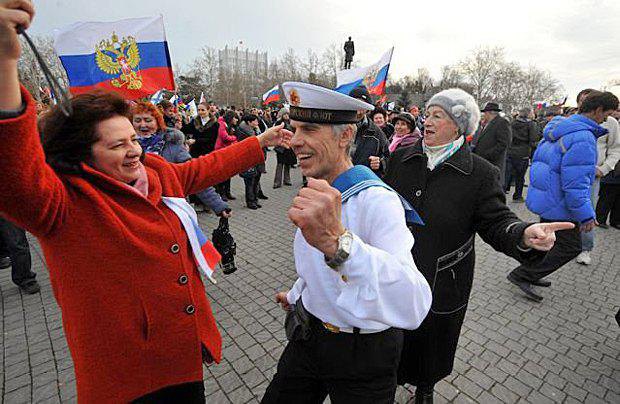 And so it seems that Russia Day became a clear example of how one part of propaganda policy clashed with its another part. For example, ahead of the holiday, the Ural portal ura.ru published an article by historian Maksim Artemyev about why Russia does not celebrate 12 June with the same feelings as Americans have for Independence Day or Frenchmen for Bastille Day.

In particular, the author regrets that the declaration adopted on this day became “another stage in the collapse of the Soviet Union, which is recognised today as “the biggest geopolitical catastrophe of the 20th century”. Later, in the best traditions of the modern ideology of the “Russian world”, Artemyev says that “the USSR was in fact historical Russia, while as a result [of the catastrophe] it was cut in half, gave other countries 25 million ethnic Russians, artificially split the single nation, and legitimised the Lenin-Stalin borders.” This statement is certainly useful for justifying the Russian military aggression in the neighbouring states, but it can hardly have any connection with the 12 June festivities.

And, finally, Artemyev’s last thesis targets the current Russian authorities which call themselves heirs to the USSR, then to the Russian empire, and sometimes to post-perestroika Russia:

“The current authorities are extremely cautious: they not only retain the majority of Soviet holidays and names, except for some not even odious but otherwise inappropriate ones (for example, 7 November), but do not give up their recent history either. And the latter starts with people who grabbed power in the Russian Soviet Federative Socialist Republic in 1990… We are faced with a paradox: the Kremlin says it is severing ties with those who ‘ruined’ the country, whereas in fact it cares a lot about their heritage.”

Certainly, this article does not prove that the monster created by the Russian propaganda is getting out of control, but an increasingly bigger share of the active “patriotic electorate” is starting to share such sentiments. It is interesting to see how Russian propagandists are trying to draw a veil over the ideological schizophrenia they have created while trying “to put together incompatible things”. In particular, despite “patriots’” discontent, the notorious propaganda channel NTV called Russia Day “the holiday of national unity, freedom, civil peace and common responsibility for the present and future of our motherland”. It is funny that the holiday broadcasting on the channel started with the “Russian Riot” historical film. 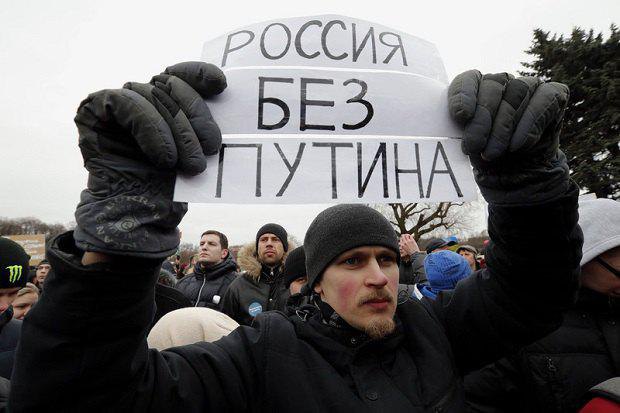 “During the rule of Catherine the Great, fugitive prisoner Yemelyan Pugachyov declared himself Emperor Peter III in a remote Russian province. Teams of Cossacks and fugitive serves joined the impostor,” the preview of the film reads. Large-scale anticorruption protests are scheduled exactly for 12 June and thus the propagandists are trying hard to glue the unhappy population to screens and be dismayed by the “destructive” Russian riot which happened 300 years ago instead of taking part in something similar today.

Channel One, for its part, decided to reconcile the new holiday with the Soviet nostalgia getting out of control, having thoughtfully launched the documentary “The Soviet country. Forgotten leaders” ahead of the big day. On Russia Day, the propagandists thought of nothing better than their favourite issues: World War II and Crimea, having shown “a premiere of Natalya Guguyeva’s documentary about army pilots who faced a difficult choice, called ‘Crimea. The motherland’s sky’”.

It seems like Rossiya 1 TV did not bother about difficult propaganda techniques and scheduled a number of entertainment series for the holidays, followed by a broadcast from the state awards ceremony in the Kremlin and a festive concert.

However, all these half-entertainment TV products can hardly remove the growing tension between the Kremlin and a score of “new Communists”, who it spawned and who have increasingly more complaints about their creator. Factor in a series of mass “liberal” protests, and you would not say the Russian authorities feel particularly festive.