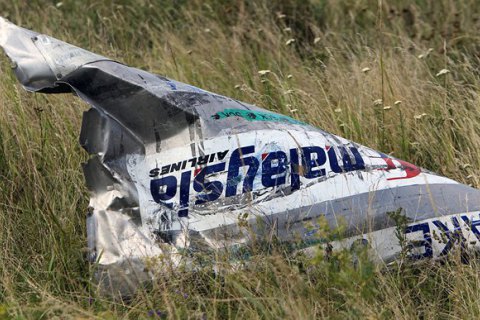 The cases of suspects in the case of the crash of Malaysian Airlines' MN17 flight in Donbas are planned to be considered in the Netherlands within the framework of the country's legislation, Bloomberg reported. Such a decision was made by representatives of countries cooperating in the investigation of this collapse – the Netherlands, Australia, Malaysia, Ukraine and Belgium.

The agency notes that the investigation is still ongoing and the decision does not mean that the culprits be brought to justice soon.

The choice for the Dutch legal system is an “important step” in the prosecution process as Australia, Belgium, Malaysia, the Netherlands and Ukraine are continuing their investigation, the Dutch government said in a statement on Wednesday.

Boeing 777 Malaysia Airlines Airlines MH17 en route from Amsterdam to Kuala Lumpur (Malaysia) was shot down over Donetsk Region on 17 July, 2014. All 298 people on board were killed.

An international investigation team concluded that the airliner was downed by a 9M38 missile launched from a BUK launcher from an agricultural field near the village of Pervomaiske. At that time this region was under the control of pro-Russian separatists.

Further on, the investigation established that that the BUK-TELAR was delivered to Ukraine from the Russian Federation and, after the attack, was again shuttled back to Russia.

In mid-November 2016, Transport Minister of Malaysia Liou Tiong Lai said that the names of 100 suspects involved in the tragedy had already been identified and they will be named before the beginning of 2018.