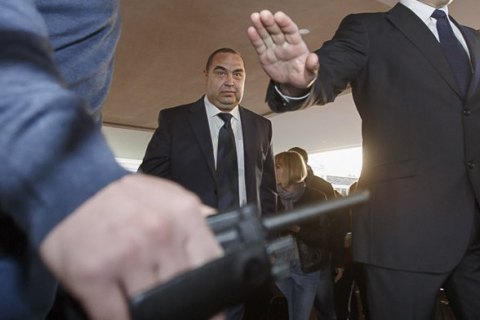 A motorcade with the ringleader of the self-proclaimed Luhansk People's Republic, Ihor Plotnytskyy, the head of his administration, Iryna Teytsman, and the head of the local broadcasting company, Anastasiya Shurkayeva, and a number of other persons left Luhansk for Russia on 23 November, Russian Novaya Gazeta reported the same day.

Previously, LPR interior minister Ihor Kornet, whom Plotnytskyy dismissed, refused to step down and released a video message claiming that some high-ranking LPR officials, including Teytsman and Shurkayeva, were Ukrainian secret service agents.

On the evening on Tuesday, dozens of military vehicles from Donetsk entered Luhansk. Subsequently, the LPR interior ministry said it was conducting a joint special operation with LPR militants against "Ukrainian saboteurs".

Some of Plotnytskyy's people were detained.

On Thursday, Kornet said that his coup preventing the LPR from returning to Ukraine.