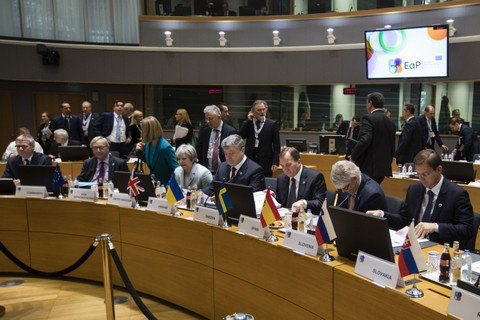 President Petro Poroshenko in his speech at the fifth summit of Eastern Partnership on 24 November named the next goals of European integration of Ukraine: the Energy Union, the Digital Single Market, the Customs Union, and association with the Schengen area.

"Let's not see the Eastern Partnership as a way to prevent the countries of the region from aspiring to EU membership. As long as the EU is a paragon of success – nations will want to be part of it. The EU should defend itself from those who defy it – not from those who look at it with hope and admiration," Poroshenko stated.

The president said that Ukraine "wants more Europe in Ukraine", and four paths seem to be the right way to follow at the stage.

"We want to look beyond 'now'. Not because we want favours in advance, but because Ukrainians deserve a goal. Everyone deserves a goal – but especially those who pay a price for it. And no-one pays a higher price than Ukraine," stated Poroshenko.

Last March, Poroshenko in a speech at the congress of the European People's Party in Malta said that Ukraine wanted to become a part of the European Union as soon as possible.

However, Europeans are divided in their attitude towards Ukraine's accession to the European Union as 48 per cent support the integration of Ukraine while 52 per cent are against.

Interestingly, the ratio of supporters and opponents of European integration is similar in Ukraine. A recent poll by Gorshenin Institute in collaboration with the Friedrich Ebert Foundation Office for Ukraine & Belarus found that 51.6 per cent of Ukrainians believe that Ukraine should join the EU.