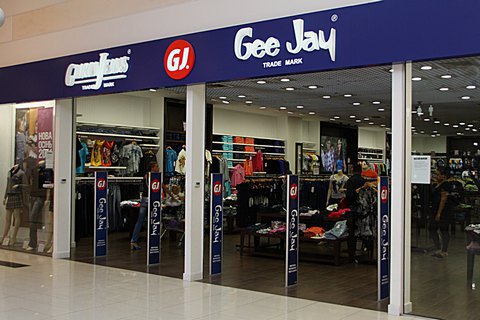 The Security Service of Ukraine (SBU) has launched criminal proceedings against a well-known clothing company, which organized manufacturing in the temporarily uncontrolled by Ukrainian authorities territories of Luhansk Region.

The SBU said in a report on Friday, 24 November that the manufactured goods were sold in the company's network of branded stores across Ukraine. Meanwhile, the company paid taxes to the militants of the self-proclaimed Luhansk People's Republic and the proceeds were used, in particular, to finance illegal paramilitary groups.

The SBU raids in the offices and warehouses in Kyiv, Kharkiv, Odesa, Lviv, Dnipropetrovsk, Zaporizhzhya and Poltava regions revealed documentation and a significant amount of ready-to-sell products. The analysis of seized merchandise and documents indicates that the garments have been manufactured at production facilities located in the temporarily occupied territory of Luhansk Region, the SBU said.

The investigation established that the manufactured goods were transported through an uncontrolled section of the Ukrainian border to the territory of Russia. Then, the documents were forged to show that the clothes were made in Russia and other countries, imported and sold in Ukraine.