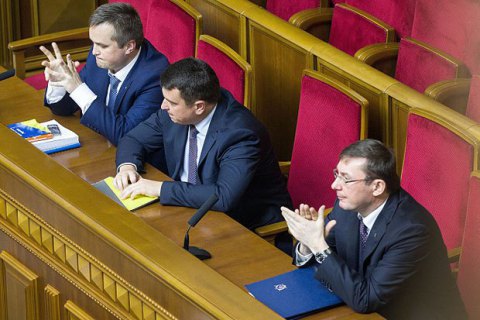 Prosecutor-General Yuriy Lutsenko accused the director of the National Anti-Corruption Bureau Artem Sytnyk of discreditation in front of the Federal Bureau of Investigation.

"Artem Sytnyk, while in the United States, developed a frantic activity to draw the whole community, including our international partners, particularly the FBI to discredit the prosecutor-general and all the law enforcement bodies of Ukraine," Lutsenko said in the Verkhovna Rada on Wednesday, 6 December.

"[Sytnyk] said that I've thrown a stone - first in the back and then, it turned out, in the face - of the FBI, by banning their activities on the territory of Ukraine as illegal, etc. It is nothing but manipulation," said the prosecutor general.

Lutsenko said that "the young leader failed to comply with the effective legislation" but instead of admitting guilt embarked on complaining to a "senior comrade".

Last week, Prosecutor-General's Office and the SBU foiled an undercover operation of NABU, aimed at obtaining evidence about the corruption in the State Migration Service.