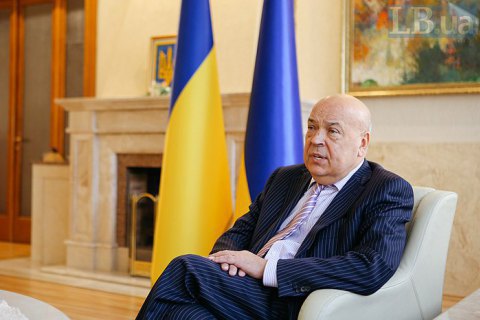 Nobody knows how to implement the law on education in Hungarian-language schools, the Governor of Transcarpathian region Henadiy Moskal said in an interview with LB.ua.

"Nobody knows how to implement this law in Hungarian-language schools, where to find teachers of chemistry, physics, algebra, geometry among Hungarian speakers who could teach their subjects in Ukrainian.

Canadians, Americans, Australians go to Ukraine as volunteers and teach English for free. None of those patriots on television who tear their embroidered shirt has not come here to teach children Ukrainian for free," said Moskal.

"The Hungarians put the diaspora in the first place, they are dispersed like Ukrainians around the world from Paraguay to Canada, so Hungary will not give up. Hungary is very active in Transcarpathia, helping not only Hungarians but Ukrainians as well... Hungarians pay extra to underpaid doctors and teachers who work in some Transcarpathian settlements and hence pay taxes to the local budgets," the governor added.

"It seems like even the top political leadership of Ukraine has no clue about how Ukrainian diasporas live today. Who prevents Ukraine from taking care of its compatriots abroad the way Hungary does?" Moskal said.

On 8 December, the Venice Commission issued a resolution on the provisions of the new Ukrainian law On Education regarding teaching in the state language, minority languages and other language issues. The resolutions says that promoting the strengthening of the state language as mandatory for all citizens is "a legitimate and even laudable goal of the state."

The same applies to the government measures aimed to make the learning the language mandatory by all citizens, overcoming existing irregularities and contributing to the effective integration of members of national minorities into Ukrainian society.

The Venice Commission noted, however, that Ukraine should revise the "language article" of the law On Education, regarding the ban on teaching in Russian .

Ukrainian Foreign Minister Pavlo Klimkin said that Ukraine will implement the recommendations of the Venice Commission.