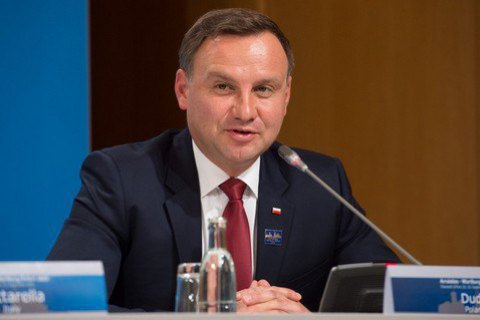 Deputy head of the office of the Polish president, Pavel Mukha, said on Polish Radio that "despite various incidents," Duda will visit Ukraine on Wednesday.

"If there are any change of plan, we will inform the public," he added.

Earlier, the Ministry of Foreign Affairs of Poland confirmed that on the night of 10 December, a Polish bus was damaged by explosion near Lviv. The ministry stated concerns over "just another anti-Polish incident in Ukraine."

The incident was also condemned by the Ukrainian Foreign Minister Pavlo Klimkin who dismissed it as "provocation designed to disrupt the visit of the Polish president to Ukraine".

President Duda has announced a visit to Ukraine on December 13. He was to will visit Kharkiv, where he is scheduled to meet with President Petro Poroshenko. The two leaders will discuss security policy in the context of the situation in Donbas. Duda also intends to meet with OSCE mission and UNDP representatives, and honor the memory of Polish soldiers killed by the NKVD and buried in Kharkiv cemetery of victims of totalitarianism.

On the night of December 10, unknown individuals shot an anti-tank bazooka on a Polish tourist bus near Lviv. No casualties were reported