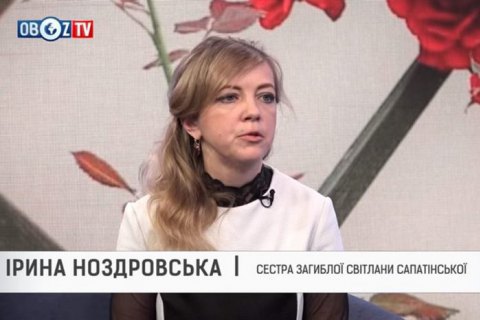 The murder of lawyer Iryna Nozdrovska is a challenge to the state and a test for society, Ukraine's Foreign Minister Pavlo Klimkin says.

"We have a better situation with female congresses, but not with domestic violence and the role of women in politics. The murder of Nozdrovska is a challenge to the state and a test for society on the ability to protect women activists, justice in general and the ability to ensure it," Klimkin wrote on Twitter on Tuesday, 2 January.

Human rights activist and lawyer Nozdrovska disappeared at the end of 2017 and was found dead in a river in Vyshgorod district, Kyiv region, on January 1. The police have opened a criminal proceeding on counts of deliberate murder.