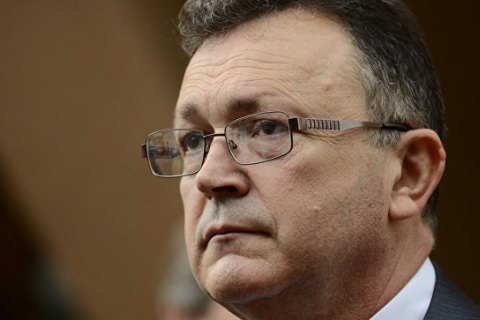 On 8 January, the Kherson city court placed a former head of the Crimean healthcare ministry under the Russian occupation, Petro Mykhalchevskyy (Petr Mikhalchevskiy), in custody.

On 5 January, the Security Service of Ukraine (SBU) found him in his Kyiv apartment but did not detain him then. The case was sent to Kherson where the Ukraine-controlled Crimean bodies have been based since the peninsula was occupied by Russia.

Judge Yaroslav Musulevskyy decided that Mykhalchevskyy should be remanded for one month, although a state prosecutor wanted him locked for two, Krym.Realii reported quoting the press service of the Crimean prosecutor's office.

He will be in custody in the Kherson remand centre.

Mykhalchevskyy is suspected of high treason under Article 111 of the Criminal Code.

The head of the occupying administration in Simferopol, Serhiy Aksyonov (Sergey Aksenov), dismissed Mykhalchevskyy in June 2014 reportedly because of overpriced medicines in Crimean drugstores and because hospital patients were charged "voluntary" contributions.