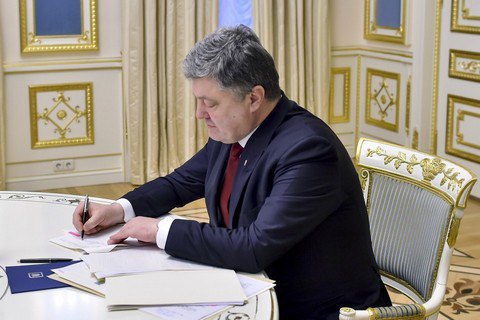 Ukrainian President Petro Poroshenko has signed the bill into law "On the 2018 state budget" (No 2246-VIII), according to his official website.

Parliament adopted the bill on 7 December and handed it over to the president on 22 December.

According to the law, the deficit is capped at 81.8bn hryvnyas (previously 77.9bn hryvnyas), including that of the general fund, 61.7bn hryvnyas, and that of the special fund, 20.1bn hryvnyas.

The estimates are based on the forecast of a 9-per-cent inflation and a 3-per-cent GDP growth while nominal GDP is expected at 3,332.3bn hryvnyas.