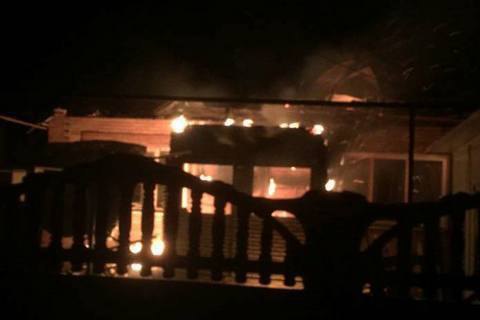 The Russian occupying troops based in Horlivka, Donetsk Region shelled the village of Novoluhanske with Grad multiple-launch rocket systems at around 5 p.m.

According to the antiterrorist operation (ATO) HQ, they fired at least 30 shells. Two women were taken into emergency care.

Six people were wounded, 22 houses were damaged, five burnt, two are being extinguished, the head of the Donetsk regional military-civil administration, Pavlo Zhebrivskyy, said on Facebook. One woman is in critical condition with eye injury.

According to a later report, there were eight victims: one is being treated in Bakhmut, others in Svitlodarsk that is not far from Novoluhanske.

The ATO HQ reported a serious escalation near Pisky where the enemy had been pounding the ATO troops' positions with 122-mm artillery, heavy mortars and infantry weapons for over two hours.

Twelve militant attacks have been registered since midnight.