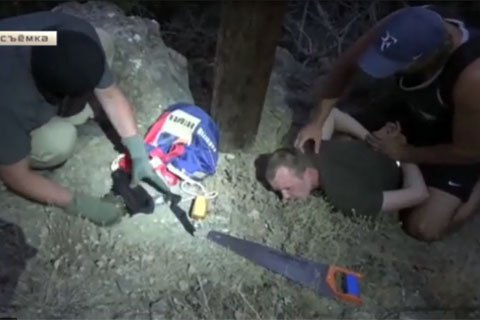 On 10 May, the Russia-controlled city court in Sudak found Ukrainian national Hennadiy Lymeshko guilty of the "illegal production of explosives" (Article 223.1 of the Russian Criminal Code) and sentenced him to eight years in prison, an LB.ua correspondent has reported. Lymeshko's case was heard under a special procedure because he accepted the charges and requested to be convicted without a court trial.

The judge said he had taken into account into an extenuating circumstance – Lymeshko has an underage child – and an aggravating circumstance – his political motives, including "hatred and enmity because of Crimea's inclusion into the Russian Federation".

Lymeshko was detained in August 2017. The Russian Federal Security Service (FSB) said that he was detained trying to damage a power line running from Sudak to Novyy Svit. The FSB declared him an agent of the Security Service of Ukraine (SBU) who was sent to Crimea to carry out acts of sabotage.