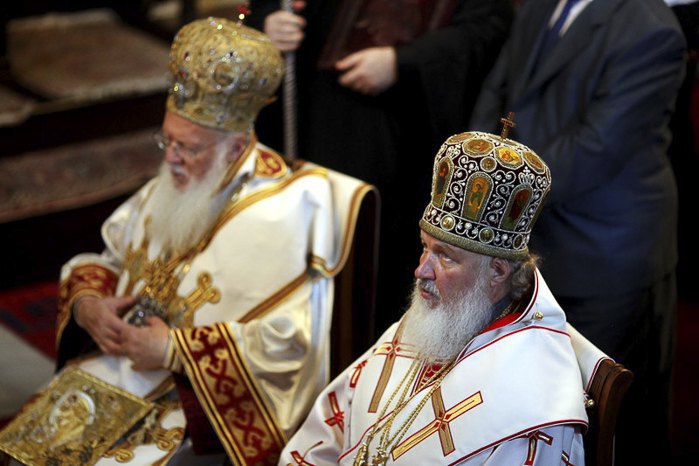 And the closer the date of the granting of Tomos, the more epic the struggle for it (or rather against it) gets. Just a year ago the two sides, Ukraine and Russia, could afford some sluggish clashes on the issue, occasionally biting each other and waving a warning finger. Today, when a specific month, or even a specific date, has been called of the official announcement of Tomos by the Ecumenical Patriarchate, the parties are moving to the endgame with their strategies on the table.

The Ecumenical Patriarchate (aka Constantinople, or Fanar), which has long abstained from any harsh statements on the Ukrainian question, this year pleased the ears of all interested parties with real fireworks of statements. It might seem to some observers that Constantinople's outburst was a surprise, but it is not, in fact.

The soil has long been prepared for Moscow-Constantinople conflict shape-up. In this case, Constantinople only reacted to Moscow's explicit canonical shamelessness. By the way, dues should be paid both to Fanar's patience and Ukrainians' confidence. Since April 2018, the developments reached their boiling point and now we have a historic chance to observe a rather quick denouement to a story which has been unfolding for – yes, really – several centuries already.

Being formally a secular state, Ukraine is one of the so-called "Orthodox countries" (where, at a fairly high level of religiosity, the overwhelming majority of believers consider themselves Orthodox). However, judging by the annual sociological reports, this level has long been seeing a falling value and can soon go to a deep plunge. It seems that in a few more decades, Orthodoxy might become a marginal religion.

Among other aspects, the trend is due to the operations of the Moscow Patriarchate of the Ukrainian Orthodox Church, which under the guise of "salvation mission" has been planting rigorism, fundamentalism, and sometimes outright obscurantism, besides preaching isolationism as the only chance for preserving "true faith," which in the 21st century sounds pathetic and ridiculous. 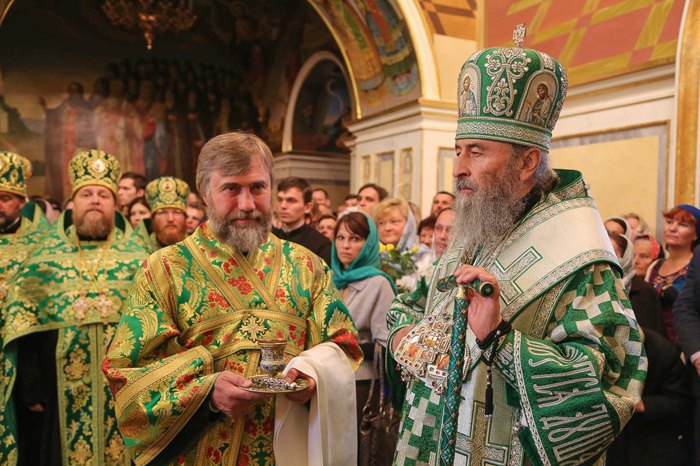 And now, it seems that finally, all five elements – political, administrative, canonical, sociological and volitional – have converged at one point, to help the Ukrainian Orthodoxy be saved from rapid marginalization and extinction.

The key element and connecting link here is volitional, the willpower factor, the one of being aware of the need for change. Constantinople has shown that it is ready for a revolution, considering all risks and side effects. Moscow showers with most criticism the canonical right of Constantinople to "intervene" in the issue of settling the Ukrainian division. The Russian church is dominated by the theory that autocephaly is the canonical and strong-willed prerogative of the Mother Church (which the Russian church considers it is in relation to Ukraine).

However, as discussions show, not only on Ukraine but also on Macedonia, church regions today can be in canonical submission to some completely different church than the local church, which has once historically created them. And this is the nature of a deep conflict on the issue between Moscow and Constantinople.

Therefore, Moscow over time introduced the concept of a "Kyriarchal Church," whose right to grant or not grant autocephaly is based solely on the current status of a subordinate region claiming ecclesiastical independence. Accordingly, Ukraine allegedly is the "canonical territory" of the Russian Orthodox Church based on the act of 1686 on the transfer of the Kyiv Metropolis from Constantinople to the Moscow Patriarchate.

At the same time, the circumstances of that transfer are being ignored - the non-canonical circumstances under which the Patriarch of Constantinople back then was forced to carry out the transfer, the punishment of the Patriarch in the form of resignation that came shortly, precisely over that transfer, gross violations of conditions for temporary management of the Kyiv Metropolis, etc.

From the ROC perspective, if Constantinople has not once in 300 years challenged the assumption that Kyiv belongs to Moscow, the limitation period has expired and claims are no longer accepted. However, this is not the case. 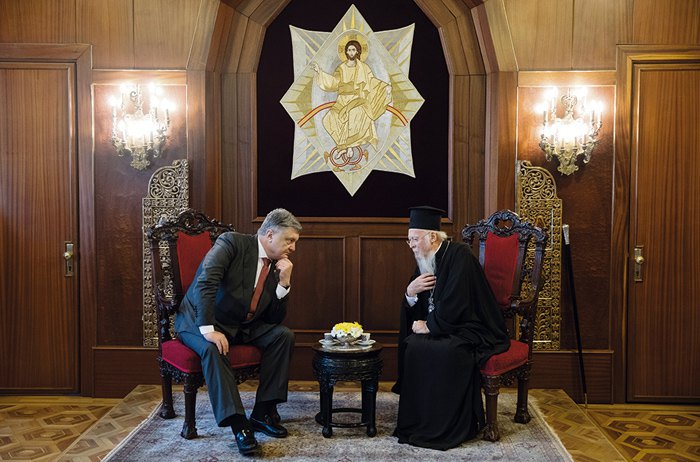 Ecumenical Patriarch Bartholomew on 1 July said: "Constantinople never gave permission to transfer the territories of Ukraine to anyone other than the right of the consecration of the Metropolitan of Kyiv in Moscow on the conditions of his election in Kyiv at the local Council and with the unconditional mention of the Ecumenical Patriarch."

In other words, there was no "transfer forever," it was simply about hiring a temporary administrator. As for the "Fanar never challenged ownership over Kyiv" meme, in the same statement, Patriarch Bartholomew recalls such challenging that took place in 1924 as the Poland Church was receiving its Tomos: "Our Throne did not recognize the separation of the Kyiv Metropolis and orthodox churches of Lithuania and Poland dependent on it and their accession to the Moscow Church, which had been carried out against the canons with the rights not being observed of the Metropolitan of Kyiv, who bore the title of Exarch of the Ecumenical Throne."

Just as the ROC and the UOC-MP started to somewhat recover from this harshness, Metropolitan of Prussia Elpidofor, who is a member of the Holy Synod of the Ecumenical Patriarchate, expressed an even more "seditious" thought: the Mother Church is the one that gave birth to some church region, not the one that is now is a registered resident there.

Initially, Bishop Elpidofor told a pro-Moscow journalist of Greek origin Athanasius Avgerinos that "granting the autocephaly to the local church for almost 1350 years has been subject to the exclusive jurisdiction and competence of the Ecumenical Patriarch and the Holy Synod of the Constantinople Church."

In this case, Moscow's actions to heal the Ukrainian split were in fact described as unconvincing. At the same time, autocephaly for Ukraine was called "the best and most canonical solution at the moment, because only this can serve the unity of the Orthodox people of Ukraine." 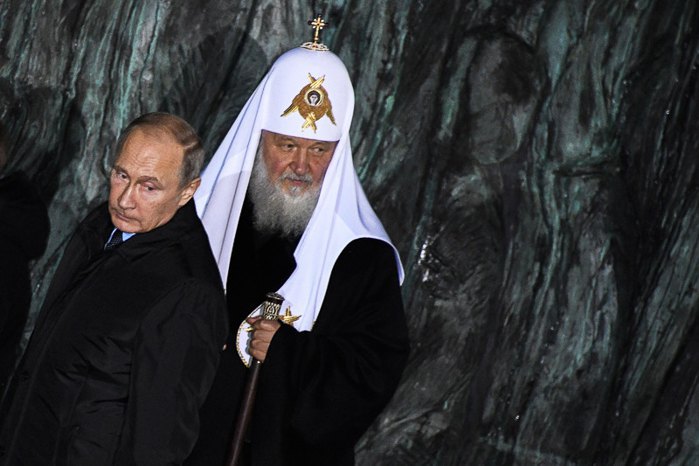 The heavily edited interview in the form of a retelling with just a few direct quotes left was published on the Russian Orthodox website "Pravmir" and its final shape led Ukrainian journalists to doubt the correctness of presentation of the Greek metropolitan's thoughts.

Ukrinform news agency ordered a translation from Greek of the full text of the interview and there were enough sensational revelations that Pravmir deliberately concealed from the public. Among them is a key canonical statement that "the Moscow church is the daughter of the Ukrainian church, which (the Ukrainian church) is the daughter of the Ecumenical Patriarchate."

And now back to Tomos in 1924, granted by Constantinople to the Poland Church. It was this Tomos which paved way for Ukrainian autocephaly (and it is this Tomos that for the Poles is a guarantee of their own independence). Few are aware of the fact that before this, in 1921, the Poles applied for autocephaly to Moscow - according to the same scheme as it was with the Ukrainians in 1991 at the Local Council. They also claimed that, after becoming an independent state, they really needed autocephaly.

History preserved the response of Patriarch of Moscow Tikhon: "The sacred canons of our Church provide for autocephaly for independent peoples. If the Polish people, who had recently received sovereignty, were Orthodox and asked for autocephaly for themselves, we would not have denied them, but we are not allowed to grant autocephaly to the diverse Orthodox believers who live within the Polish state as national and religious minorities – neither common sense nor sacred canons allow us doing so. We have already given whatever is possible to the Orthodox believers in Poland, which is broad local-church autonomy." Then the Polish church turned to Constantinople - and hit the mark.

However, in 1948 the Soviet government forced the Poles to give up on that Tomos and forcedly "re-receive" its autocephaly from the ROC. But in the pan-Orthodox Diptych they are listed as autocephaly precisely based on the Tomonos of Constantinople, not that of Moscow. Thus, the ROC tried to destroy any canonical consequences of Tomos in 1924. 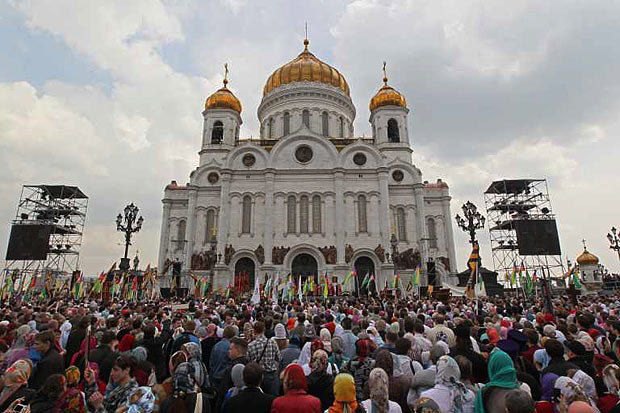 And now Moscow understands perfectly that by granting autocephaly to Ukraine, Constantinople will also activate the Polish Tomos, which will allow withdrawing the Poland Church from the Kremlin's orbit as well. So, in some ways, the acquisition of autocephaly by Ukraine can be taking place under the slogan "Za naszą i waszą wolność," while opening the path to autocephaly for the other church regions historically related to the Kyiv Metropolis. Time will show whether there are necessary conditions for this.

Not really counting on the canons, the ROC has long been building a pool of its "friends" in Local churches with the help of financial injections, however banal it may sound, "to support the disadvantaged" or "to restore destroyed churches." And regular solemn eulogies where gratitude was expressed to the ROC by the heads of various Churches as they were given solid monetary awards in Moscow led to the hopeless thought that Orthodoxy and corruption were twins.

Let's not be hypocritical: there are many stories spinning about the loyalty of church hierarchs to Russian money. You could even place bets on whether Russian money could destroy the Hellenic world? And just recently, some breaking news came from Greece: two Russian diplomats are being expelled from the country while a final warning is being issued to the IOPS (Imperial Orthodox Palestinian Society), which was involved in an attempt to bribe Orthodox hierarchs of the Helladic Church and monks of Athos with the goal of lobbying for Russia's interests.

The Greek authorities also cast aside any false shame and showed their willpower. This is a serious signal to all other "needy" of Russian financial assistance along the church line. Money stinks, and the stench spreads far. Times of untouchable offshore areas are passing. 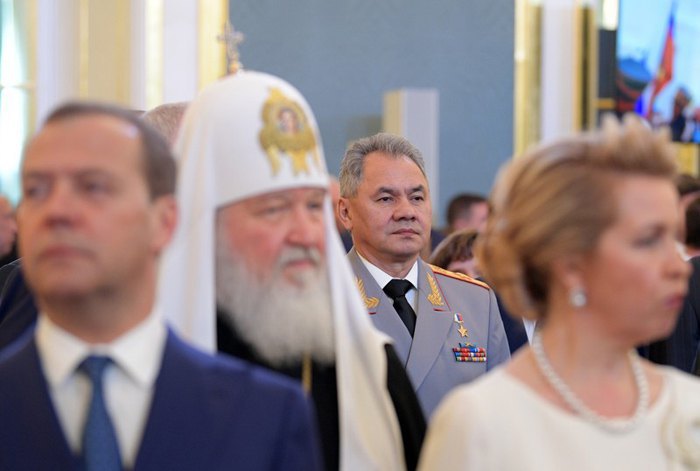 How will the ROC respond to all these crisis challenges? Russian church managers simply don't know how to deal with crises. Athos, for example, can be urgently changed for Balaam ("Let Athos cry without our money!"). They also might try to drag Ukraine into a bloody confrontation.

According to the Russians, revenge should bring as much suffering and destruction as possible to the "ungrateful exes." I'd like to believe that the Ukrainian authorities, who gave us hope for the Tomos, have enough will (I'm not speaking about means here!) to prevent a religious war. Moreover, for example, according to the forecast of ROC Protodeacon Andrey Kuraev, the autocephalous Ukrainian church will quickly become the majority church. So let's hope for a happy ending to the "battle for Tomos."