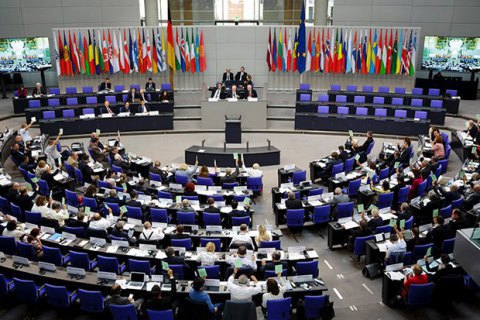 The Parliamentary Assembly (PA) of the Organization for Security and Cooperation in Europe (OSCE) has called on the Russian Federation to reverse the attempted annexation of Ukraine's Crimea.

In particular, the Resolution on Ongoing Violations of Human Rights and Fundamental Freedoms in the Autonomous Republic of Crimea and the city of Sevastopol (Ukraine) was adopted among the other resolutions that were included in the declaration.

The OSCE PA "reiterates its call on the Russian Federation to stop aggression against Ukraine and to fully comply with its obligations under the UN Charter, the Helsinki Final Act and other norms and principles of international law, and the OSCE principles and commitments."

In addition, the parliamentarians condemn "violations, abuses, measures and practices of discrimination against the residents of temporarily occupied Crimea, including Crimean Tatars, as well as Ukrainians and persons belonging to other ethnic and religious groups, by the Russian occupation authorities."

"The OSCE Parliamentary Assembly condemns the unlawful imposition of laws, jurisdiction and administration in occupied Crimea by the Russian Federation, and demands that the Russian Federation respect obligations under international law with regard to respecting the laws in force in Crimea prior to occupation," reads the statement.

Moreover, the OSCE PA "calls upon the Russian Federation "to uphold all of its obligations under applicable international law as an occupying power in effective control of Crimea" and "restore enjoyment of the rights of all individuals, without any discrimination based on origin, religion or belief, and to revoke the decisions that banned cultural and religious institutions, NGOs, human rights organizations, media outlets, and to restore enjoyment of the rights of individuals belonging to ethnic communities in Crimea, in particular Ukrainians and Crimean Tatars, including to engage in cultural gatherings."