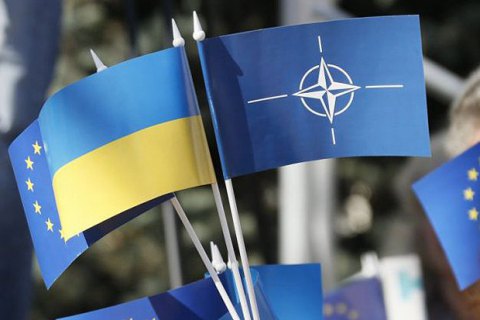 Half of Ukrainians would vote for the country's accession to NATO had a referendum been held these days, according to the September 2018 poll by the Gorshenin Institute think-tank. It was presented at the X National Expert Forum held by Gorshenin Institute in Odesa on 18 October.

The survey was held among 2,000 respondents aged over 18 in all regions of Ukraine, bar the occupied areas of eastern Ukraine and Crimea. The margin of error does not exceed 2.2%.

Some 31.6% of the respondents said they would against, 6.9% would not vote in the referendum and 11.5% failed to answer.

These figures have not significantly changed since May 2018 when the think-tank last held the study. At the time, 50.5% would support NATO membership, 33.2% would vote against it, 7.6% would not go to the polls and 8.7% failed to answer.