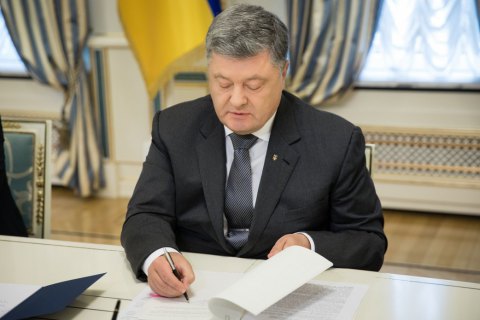 Ukrainian President Petro Poroshenko has signed the law ordering the Ukrainian Orthodox Church of the Moscow Patriarchate to change its name to indicate its allegiance to Russia.

"People have a constitution right to freely choose a religion. The mentioned amendments create better conditions for exercising this right for those who will decide with which legal jurisdiction to side: either the newly-formed autocephalous Orthodox Church of Ukraine or the church which insists on keeping it affiliation and dependence on the Russian Orthodox Church," Poroshenko said.

He suggested that "it is easier to make a choice when a spade is called a spade."

On 20 December, parliament passed bill No 5309 saying a religious organization whose managing centre is located in the aggressor state must mention it in its name.