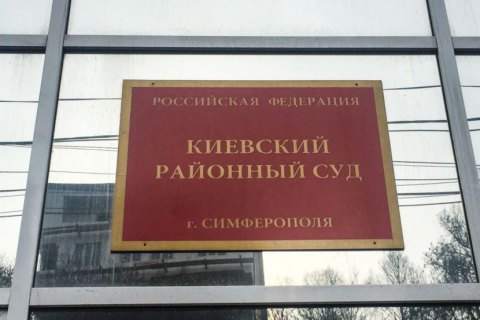 The Russia-controlled court in Simferopol's Kyivskyy district has arrested 11 Crimean Tatar activists detained on suspicion of involvement in the pan-Islamic movement Hizb ut-Tahrir on 27 March. Russia, but not Ukraine, considers the movement to be a terrorist organisation.

The arrested activists will stay in custody in Simferopol until 15 May, according to lawyer Edem Semedlyayev.

"The court met behind closed doors. Some judges managed to hold sessions in five minutes. They [detainees] were not fed. As far as I know, relatives were not allowed to bring him food, they were only allowed to drink water," he said.

On 27 March, the Russian FSB, Interior Ministry and Russian Guard searched the houses of Crimean Tatar activists, including members of the Crimean Solidarity movement.