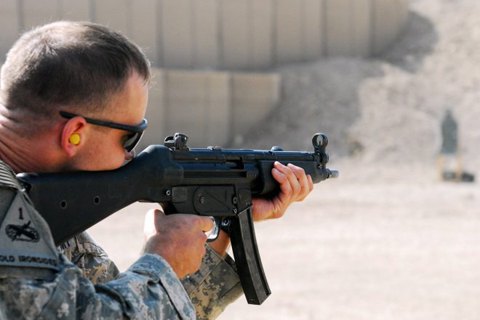 The German arms company Heckler&Koch has denied negotiating or signing any contract on the supply of MP5 submachine guns to the Ukrainian police, its representative Florian Bokermann has told Deutsche Welle.

He pointed out that Heckler&Koch had been following the so-called "green country strategy" under which it only sells its products to a limited number of countries, including members of the EU and NATO as well as countries close to NATO or those of particular security interest to Germany.

Ukraine is not one of them.

National Police chief Serhiy Knyazev first mentioned plans to move to Heckler&Koch's MP5 submachine guns back in summer 2018. In late March 2019, he said their purchase was a done deal.