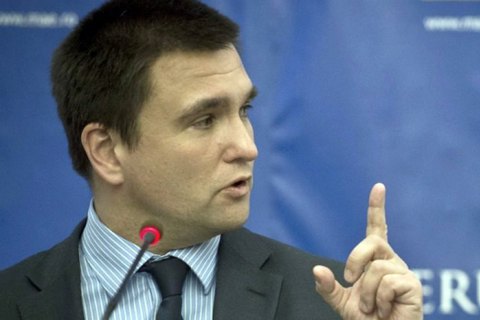 Foreign Minister Pavlo Klimkin has warned Ukrainian politicians against interfering in bipartisan tug of war between the Democrats and Republicans in the USA.

He was commenting for LB.ua on Prosecutor-General Yuriy Lutsenko's allegations about US ambassador to Ukraine Marie Yovanovitch.

"US support and trust are what works. I think the most important thing Ukraine has America's bipartisan support. And anything than can affect it should be fought," he said.

He suggested that Ukraine had not got involved in the bipartisan standoff in the USA even despite Donald Trump Jr.'s tweet suggesting the US ambassador to Ukraine should be removed. Klimkin hopes that Ukraine "will not get involved" in the future too.

"But if this course continues, we might get involved and this will affect the bipartisan consensus," the minister said.

Lutsenko alleged in an interview with The Hill that the US ambassador had given him a do not prosecute list. The US Department of State flatly denied the allegations.