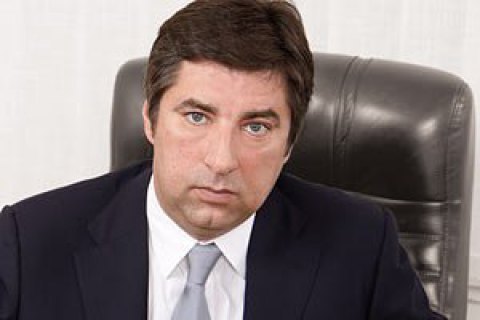 President Volodymyr Zelenskyy has appointed Vadym Omelchenko as Ukraine's ambassador extraordinary and plenipotentiary to France, a decree posted on the website of the presidential office reads.

Omelchenko was born in 1963. He graduated from the National Law Academy named after Yaroslav the Wise. He is an honorary lawyer of Ukraine.

He served as an operative in the internal affairs system.

Twice he was an adviser to the Ukrainian speakers, headed a group of advisers for the deputy prime minister of Ukraine for economic reforms, and advised the parliamentary committee on organised crime and corruption.

He worked as a teacher at the Diplomatic Academy under the Ukrainian Foreign Ministry and as a lecturer at the Institute of International Relations of the Taras Shevchenko National University of Kyiv.

He has been the president of the Gorshenin Institute pollster since 2006. He gave lectures and reports in Ecole Militaire, the National Assemble and the Senate of France, gave numerous interviews and expert comments on the situation in Ukraine for French mass media, including Le Monde, La Croix and La Tribune.