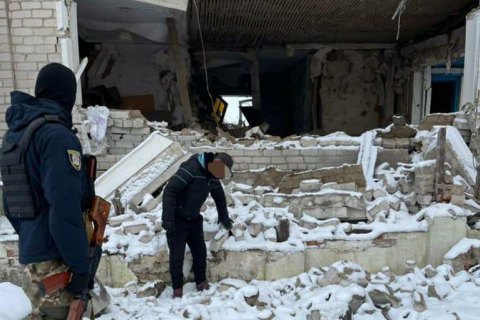 The Ministry of Culture and Information Policy has announced the collection of information on damage and destruction of cultural heritage objects committed by Russian occupation troops in Ukraine.

This announcement is stated on the website of the Ministery.

Photo and video evidence is requested to be sent through the site culturecrimes.mkip.gov.ua.

"Data available for public use will be published on the portal. The verified materials can be sent to the International Criminal Court in The Hague for investigation," the Ministry of Culture explained.

The ministry said that due to the Russian attack the local history museum in the village of Ivankiv in the Kyiv region was destroyed. Due to Russians missile and bomb strikes on Chernihiv in Kharkiv dozens of architectural and historical monuments were destroyed.

"Significant damage was done to the building of the cinema n.a. Shchorsin the center of Chernihiv, the historic school building on Shevchenko Street in Kharkiv, and the wooden Intercession Church from the late XIX century in the village of Viazivka in Zhytomyr region." - noted in the Ministry of Culture.

We received information about local damage to the Dormition Cathedral in Kharkiv and the buildings of the Trinity Monastery in Chernihiv caused by the Russian bombing.

SSU started gathering pieces of evidence of war crimes by the Russian army.

The initiator of the fund "Povernys zhyvym" ["Come back alive"] that helps the Ukrainian army has launched the Ukrainian Witness media project. The project aims to record the chronicles of the Russian-Ukrainian war and show the world community what is happening in Ukraine.