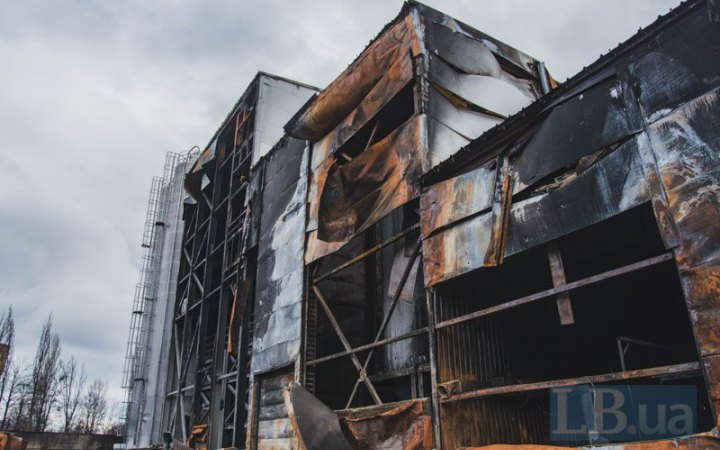 According to the latest survey by the Rating Group, as of 26 April, 59% of respondents who had a job before the war continued working (this number has even increased by + 13% compared to March). In addition, the share of those who returned to work in a full regular mode has increased by 9% to 32%.

At the same time, 39% of respondents have not yet returned to work. And this is a big problem for the state, the economy, and the citizens. Official statistics of the State Employment Service show that as of 27 May 2022, there were only 307,600 unemployed in Ukraine. It may be so because some workers, who lost their jobs, went abroad, and some have problems with documents. In addition, individual entrepreneurs may not liquidate their businesses and not register as unemployed. Unofficial estimates of job losses are much higher.

According to a survey conducted among 276 business owners and CEOs by Advanter Group and the League of Business Clubs of Ukraine in early April, 1.2 million Ukrainians lost their jobs in the small and medium enterprise (SME) sector due to the war.

In a poll conducted by the International Republican Institute in late March, 21% of respondents said they had "lost their jobs and are not working."

The problem for the state, the economy, and the citizens is that it will be very difficult to restore the pre-war level of employment quickly.

In addition to the physical destruction of enterprises and the loss of jobs, other factors will hinder the rapid recovery of the labor market.

1. More than 20% of the population of Ukraine have left their homes. According to the UN, more than 5.6 million citizens have gone abroad. It is expected that about 2 million citizens will not return in the coming years, even after the war. Another 8 million, according to ILO estimates, are internally displaced persons.

2. The GDP will fall by 30-35% in 2022 in case of a protracted war, according to IMF and EBRD forecasts. Inflation expectations are not low either: even according to the most optimistic forecasts of the National Bank, inflation will be more than 16%. Experts' estimates are even worse.

3. Approximately 80% of exports are blocked due to blocked sea routes and access to ports, limited rail and transport connections with the EU, and lack of transit through Russia and Belarus. It means that export-oriented enterprises will have to reduce production.

And all this will be accompanied by consequences of limited access to investment and money in most areas (except defense and construction).

The labor market has already felt the effects of such economic challenges. According to the State Employment Service, 283,356 unemployed people applied for 25,326 vacancies in April, i.e., 12 people competing for one job.

According to estimates of the personnel web-portal grc.ua, as of 17 May, the competition was slightly lower and amounted to approximately seven people per vacancy. At the same time, analysts note that the competition in select areas was much higher than the official numbers because of high demand and lack of vacancies. For example, it isn't easy to find jobs for lawyers, insurers, service workers, security guards, educators and scientists, domestic staff, and professionals who have worked in the automotive business and procurement.

Under the new conditions, employers plan to revise their personnel policies. According to a survey conducted by the European Business Association in February-April, 74% of companies plan staff changes. Among the top 5 measures are freezing budgets for training (26%), abolishing bonuses and rewards (16%), reducing staff (13%), reducing salaries (11%), and dismissal of employees (2%).

The trend towards a shortage of employment can be seen on other vacancy sites:

Once again, the numbers do not accurately reflect the situation: for example, we do not know the number of the unemployed who left and stayed. But these numbers perfectly show the tentative trend.

Even without numbers, it is clear that the situation will worsen. Recently, I have heard many times from various people in business that they survived three months of the war but can no longer pay wages without even having a minimum profit and are planning to cut.

This sad reality awaits the country before we get to victory. Given that the budget expenditures are already almost twice the monthly revenues, we cannot always hope to get direct support through subventions or grants.

Therefore, one of the critical tasks of the state now is to create a transparent system of priorities for employment. We can divide such priorities into three blocks: (1) preservation and development of human capital, (2) creation of incentives for employment and export of services, and (3) deregulation and transparency of rules. Let's consider the possible specific steps in each of them.

Preservation and development of human capital

1. Communicate economic change and create expectations so that there are no unpleasant "surprises" and destructive public discontent. The government must now clarify what changes await citizens in the economy, the challenges, and new opportunities. It is necessary to inform citizens that they need to prepare for and adapt to change: have savings, retrain, change the business model to the maximum focus on exports (because the domestic market will be limited), learn English, and at least save fuel. In general, to prepare the country that no longer there will be "as before."

2. Support retraining programs. It is urgent to develop training networks and qualification centers, both public (so-called vocational schools) and private. Everyone who stays or returns to Ukraine should be able to get a new specialty as easily, quickly, and without unnecessary bureaucracy. One should be able to get retrained from the open-hearth furnace operator to the production or installation of plastic windows or a specialty relevant to the military-industrial complex. Moreover, such programs have the potential, on the one hand, to attract foreign donor funds and, on the other hand, to create new jobs for both students and trainers.

3. Identify and communicate a list of professions expected to be in high demand in the country shortly. Make an analysis and forecast specialties expected to be needed by the economy for the short-term (one year) and medium-term (3-4 years) needs. The ideal option is to publish this list and stimulate training and retraining in these professions as much as possible while maintaining the appropriate proportions of needs. It is already clear from all HR surveys that the labor market demand for economists, lawyers, and accountants will be much lower than the demand for builders, logisticians, or workers in the light industry.

4. Change the paradigm of vocational education.

First, change the funding system. In peacetime, local budgets financed vocational education. Now it won't work. For example, in the destroyed Chernihiv or Kharkiv regions, the need for specialists to rebuild these regions will be one of the largest. Still, the ability to finance their training is almost zero.

Second, the state should be involved in forecasting and ordering professional specialties as much as possible. For example, to increase state orders for builders in the vocational colleges of Zakarpattya, who soon will find work in the reconstruction of cities of the Kyiv region.

Third, to speed up vocational training as much as possible: reduce the training period from 3.5 years to 1 year, and introduce state funding for short-term programs in vocational education institutions, even if a student applies for the additional (second) education.

Creation of incentives for employment and export of services

5. Establish joint employment with the private sector or support the start of an individual business for displaced persons. Until then, paid public works should be introduced to enable people in regions that have suffered significant damage to earn money by performing necessary social tasks, such as cleaning up debris, clearing and rebuilding housing, infrastructure, and so on.

6. Support remote work ("digital mobility") for both private and public companies and authorities. People should be able to live and work productively for Ukraine, even outside the main urban agglomerations or from abroad. On the one hand, it requires removing all regulatory (administrative) restrictions and, on the other hand, creating programs to involve people in remote work, for example, in IT development and call centers, QA (testing of IT products), digitization of documents, etc.

7. Quickly reorient the system of subsidies and state aid not just to support the population but to "support with incentives." First of all - to stimulate employment, training or change of skills, entrepreneurship.

8. Gradually lift restrictions on travel abroad for those who generate export earnings and are not of high military value. We are talking about citizens who can earn abroad, return and spend money in Ukraine. A striking example is the sailors. The guarantee of economic expediency and the social contract between the state and such workers can be, for example, the condition of mandatory return of foreign exchange earnings to Ukraine, ensuring deposit before the departure, and liability for non-return (including confiscation of property). The option of an exit permit can also work, provided that a monthly fixed amount in foreign currency is paid to the state account. It is necessary to create an effective and transparent system of permits to cross the border for drivers who carry not only humanitarian but also export products or goods critical to the economy or social infrastructure of imports.

Deregulation and transparency of rules

9. Remove all unnecessary bureaucracy: from the maximum simplification of labor law to the consolidation of the right to do business by filing a declaration without additional permits and licenses. It will reduce administrative costs and reduce the opportunities for citizens to face demoralizing corruption cases.

10. Introduce a transparent and understandable staff reservation system. In this regard, it is necessary to expand booking opportunities for highly qualified personnel of certain categories (for example, not to mobilize IT specialists working on export contracts).

11. Put in order and explain the system of mobilization of conscripts. Fortunately, the country does not need everyone now, but not everyone understands this. Currently, limited information and communication mean many non-disabled men do not return to work (primarily official) for fear of being mobilized.

It is not an exclusive list of activities. It can be revised and supplemented. But it must be formed now and, more importantly, implemented to preserve and employ the citizens who remained in Ukraine and give economic incentives to those who left.