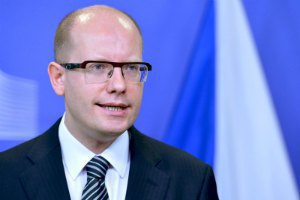 According to the Head of the Czech government, "it poses no threat for the Czech Republic."

At the same time, the Czech Foreign Minister added that that decision concerned not only Ukraine, but also Georgia and Turkey.

Earlier, European Parliament President Martin Schulz stated that the EP was ready to support the decision on the introduction of visa-free regime for Ukrainians already that year.

As reported before, the European Commission can introduce to the Council of Europe the offer to provide Ukraine with visa-free regime already in April.