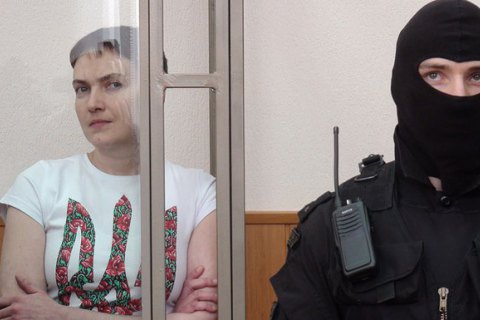 President Petro Poroshenko has had a telephone conversation with Ukrainian military Nadia Savchenko, who is being held at a Russian detention facility after a Russian court convicted her to a lengthy prison sentence, and asked her to stop her hunger strike, which he says she agreed to do.

"I have called Nadia Savchenko and personally offered her my words of support. We will be doing all we can for Nadia's liberation. Together with Nadia Savchenko's mom, Maria Ivanivna, and her sister Vira, I asked Nadia to stop her hunger strike. Thank her for agreeing," Poroshenko said via Twitter on Tuesday.

Poroshenko told Savchenko about the steps taken for her release and told about the details of a his phone conversation with Russian President Vladimir Putin.

The president said he was ready to send his aircraft in Russia to bring Savchenko back home.

Savchenko was on hunger strike since April 6 demanding her return to Ukraine. He health condition is reported close to critical.