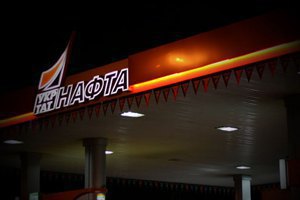 The Republic of Tatarstan, part of the Russian Federation, has filed a 300m dollar lawsuit to international arbitration against Ukraine in the case on changing the shares of stockholders in PJSC Ukrtatnafta (Kremenchuk oil refinery, Poltava region), Interfax-Ukraine reported.

According to the prospectus of the eurobond issue of Ukraine, Tatarstan in its lawsuit accuses Ukraine of violating the agreement on encouragement and mutual protection of investment signed between the governments of Ukraine and the Russian Federation on November 27, 1998.

According to the plaintiff, Ukrainian courts violated this document, making the decision as a result of which the share of Tatarstan in Ukrtatnafta decreased significantly.

Ukraine's Ministry of Justice on November 24, 2015 sent a letter to Tatarstan with its proposals on the settlement of the dispute, however they were not accepted.

As reported, the international arbitration in July 2014 obliged Ukraine to pay compensation of 112m dollar plus interest in the case of Ukrtatnafta to Tatneft. Ukraine will appeal against this decision. The Paris Court of Appeal will begin consideration of the case on the merits on October 18.