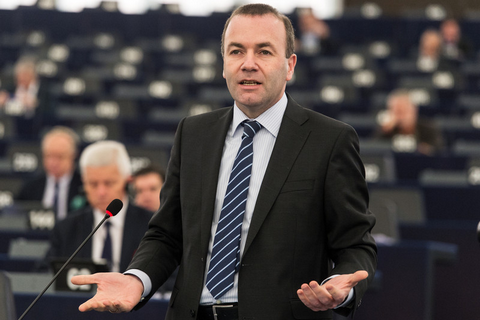 The leader of the European People's Party in the European Parliament, the German Manfred Weber joined the ranks of the opponents of the pipeline project North Stream-2.

"The EU risks creating detrimental consequences for the gas supply in central and eastern Europe, including Ukraine, in particular against the background of Gazprom's announcement to stop gas delivery through Ukraine once Nord Stream 2 is finalised," the letter reads. Weber also insists that the project should be denied any European financial support.

Mr Weber called upon the commission to accelerate its efforts to import more gas across Turkey from the Caspian Sea, and even potentially Iran and Iraq.

Mr Weber's intervention is significant, FT stressed, because he is a senior German politician whose party is allied to Chancellor Angela Merkel's within the EPP. Germany is seen as the prime agitator in favour of Nord Stream 2 in Europe.

Russia’s Gazprom on 4 September, 2015 signed with European energy companies a shareholder agreement on the construction of the pipeline Nord Stream-2. The signing was not announced until the very last moment. Gazprom will own a controlling stake in the pipeline, while the German E.On and Wintershall, Austria's OMV and Anglo-Dutch Shell will receive 10% each, the French Engie will own 9%.

Nord Stream-2 is a project to build a 55bn cu m gas pipeline from Russia to Germany via the Baltic Sea. It is assumed that the route on the seabed as well as the entry point to the gas transportation system in Greifswald in Germany will be the same as those of the first Nord Stream, launched in 2011.