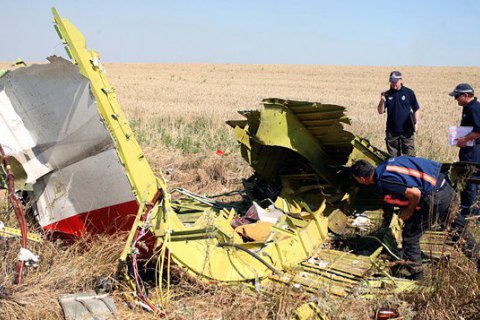 Bellingcat investigative project experts pinpointed the serial number of the missile launcher Buk which in 2014 was used in Donbas to down the Malaysian Boeing MH17 flight, and its affiliation to the Russian Federation troops.

"Tonight will be released a new report on Buk, which downed the Boeing. His number was not known. The digit in the middle couldn’t be seen because they are have painted it over. We have established this digit – It was three. The Buk’s plate number was 332,” Aric Toler said on Ukrainian channel Espresso TV.

He stressed that the Buk belonged to Russia’s 53rd Brigade.

Boeing-777 by Malaysia Airlines flight MN17 from Amsterdam to Kuala Lumpur was shot down on July 17, 2014 in the Donetsk region. Western countries and Ukraine believe that the aircraft was shot down by the pro-Russian separatists, or directly by the Russian military. The international commission for the crash investigation preliminary concluded that the aircraft was destroyed by the warhead 9N314M (rocket 9M38M1) from Buk missile launcher, killing all 283 passengers and 15 crew on board.